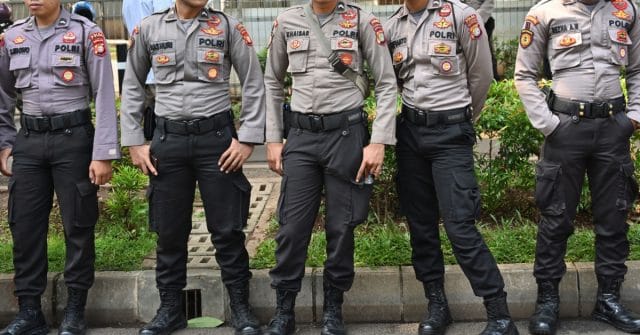 A lawsuit filed by an Indonesian policeman, who claims he was discharged for being gay, has been rejected.

On 14 February 2017, the 30-year-old officer – referred to as Brigadier TT in public reports – was arrested under suspicion of extortion and inappropriately questioned on his “deviant” sexuality, according to his solicitor Ma’ruf Bajammal (via Gay Star News).

After ten years of service, he was fired in October. Defending the decision, National Police Spokesperson Dedi Prasetyo said it was the force’s duty to follow “legal norms and observe religious norms, polite behavior, moral standards, as well as uphold human rights.”

Brigadier TT challenged the decision earlier this year but on Friday 24 May, a court judge dismissed his case, stating that he should have launched his complaint immediately after he was dismissed from the force.

“This will not stop,” Bajammal reportedly said in response, suggesting that he and Brigadier TT will continue taking legal action.

Aside from the province of Acer, which practices sharia law, homosexuality isn’t illegal in Indonesia. But LGBT+ people living there still face discrimination as several religious and political leaders act on their own prejudices.

Earlier this year, Mayor of Padang Mahyeldi Ansharullah – who oversees the busy region of West Sumatra – called on the the Indonesian Army (TNI) to arrest queer people and force them to undergo exorcisms to free them from “the influence of jinn, devils.”

According to Indonesian news site Tirto, Ansharullah also encouraged parents to actively ‘prevent’ their children from being gay by adhering to restrictive stereotypes. He said: “We have educational activities that are wrong in the family. He is a boy, but is given a female toy, given a girl’s clothes, or vice versa.”

In November 2018, Pariaman city – which is situated near Padang – announced that “same-sex LGBT and transgender people [would] be subject to sanctions and fines if they disturb the public order.” At the time, deputy mayor Mardison Mahyudin claimed that the rule was issued due to civilians’ increasing “anxiety” over the local queer community.