Home Gay Life Germany is the queerest country in Europe 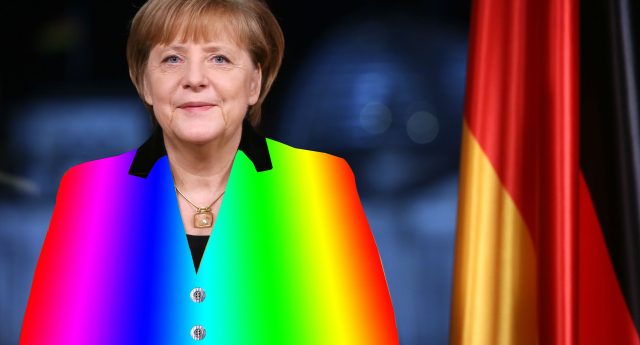 Germany has the largest LGBT population in Europe, according to research.

The news comes from Berlin’s Dalia Research GmbH, which published the results of a Europe-wide EuroPulse study, which interviewed 10,000 people across 28 EU countries.

According to the study, reported by Vice.de Germany leads Europe in terms of LGBT population size, with 7.4% of Germans identifying themselves as LGBT.

When asked to place themselves on a Kinsey scale between exclusively heterosexual and exclusively homosexual, 10.9% of Germans said they weren’t exclusively straight.

Across Europe, 5.9% defined as LGBT, and 8.6% indicated that they were not exclusively heterosexual.

The figure represents a large spike in Germany from 2000, when just 1.3% of men identified as gay, 0.6% of women as lesbian.

The country with the smallest population of LGBT people is Hungary, where just 1.4% identified themselves as LGBT.

The large LGBT population in Germany is not a surprise, with Berlin being famous for its gay population.

Though Germany is moderately progressive on LGBT rights, Chancellor Angela Merkel has repeatedly ruled out calls to introduce equal marriage, saying: “For me, marriage is a man and a woman living together.”

In a challenge to her government, opposition parties in the upper house of the German Parliament passed a same-sex marriage bill last year – though it stands a near-zero chance of becoming law without her support.

It was recently confirmed that Germany will pay compensation to men who faced convictions under the country’s historic laws banning gay sex.

The country initially banned gay sex in 1871, when a penal code was introduced criminalising homosexual acts – while they were extended under the Nazis to convict thousands of gay men and send them to concentration camps.

However, the laws were not repealed in West Germany after the fall of the Nazis, and many of the persecuted gay men were not cleared. Homosexuality was not legalised until 1968 and 1969, in East and West Germany respectively.  The age of consent was finally equalised in 1989.

The country’s government confirmed that it would attempt to make amends for its history – confirming plans to annul the historic convictions of tens of thousands of men charged under the law.