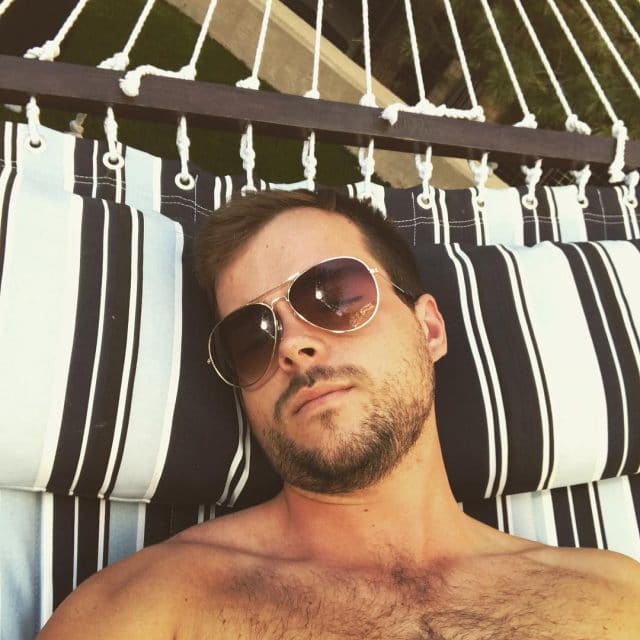 The more we learn about newly elected Doug Jones’ gay son, Carson, the more we like! Just last week, when Jones was elected to Senate representing the state of Alabama. It was a close race between Jones and homophobic and alleged sexual predator Roy Moore. But with Jones’ victory came an flood of celebration—especially from the queer community which seems may finally have an ally in their corner. Jones’ son Carson Jones, who is openly gay, has since become a topic of conversation—getting possibly more press than his dad.

Carson’s Instagram seems to be on fire lately, with comments deeming him a ZADDY and countless marriage proposals for the hopeful zoo keeper. He’s a bearded cutie who loves the outdoors who is SINGLE and has gained over 15,000 followers on Instagram in the last week alone.

Hornet talked with Carson about his father’s win, the gay dating scene, and gave us a little bit of perspective of the guy who’s making us even giddier that Doug Jones took the Senate seat.

With regard to his new following, Carson shared with Hornet:

It was honestly kind of overwhelming as the followers started to climb really quickly. But I have had so many really nice people reach out with words of encouragement and support. So many people have just simply said “Thank you” and all of that really means a lot. Moving forward, I probably will get a bit more vocal about issues. But honestly who knows what the future holds at this point.

And again, boys—I’ll mention that Carson is SINGLE and apparently ready to mingle. But he’s looking for someone who is authentic, well-rounded but who still likes to hang out and just be low key.

Just getting started dipping my toe in the dating pool which has been exciting but also terrifying. I mean, I’m looking for what I think most people are: someone handsome and charming but also someone genuine and real. Someone that is engaged with the world around them and supportive when I binge eat Chinese food at 3:00 a.m. after a night out on the town.

In 2018, Carson will be finishing graduate school in hopes of nabbing a job at a zoo. Yes—he LOVES animals and is devoting his life to them. But seems like Carson loves napping just as much—could he be looking for a napping buddy?

Finishing grad school is the top priority. I’ll be done in May and then I’ll see where that takes me. Hopefully a really amazing zoo wants to hire me on full-time and I can really get going with my career. But I also just want to take some time and travel and relax. It has been a crazy year to say the least, so if more naps could be in my future in 2018 … that would be perfect.

So by now you may be wondering where to submit your boyfriend applications. You’ll have to follow him and see, but don’t be thirsty.