Home Gay Life Gus Kenworthy is back on the market, splits with boyfriend Matt Wilkas 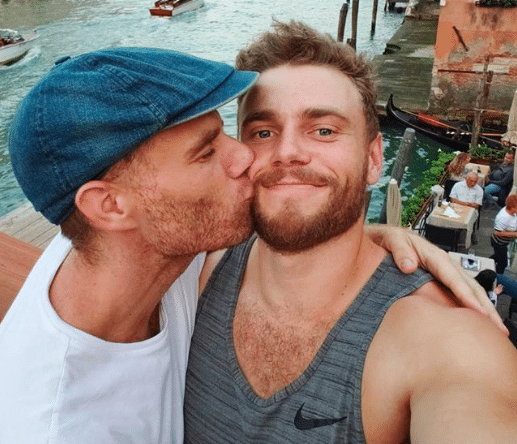 We certainly didn’t see this one coming.

Gus Kenworthy and his boyfriend Matt Wilkas have called it quits after four years together.

“Gus and Matt are taking time apart,” the rep for the couple tells People. “They love and support each other and remain close friends.”

A source tells Page Six that the couple, who began dating in 2015, broke up about a week ago, just before the July Fourth holiday.

“They drifted apart,” says the source.

Not only that, but Wilkas has purportedly already been spotted on Grindr.

No word yet on who will get custody of Birdie, the couple’s Jindo/Labrador mix that they rescued from a dog meat farm in South Korea.