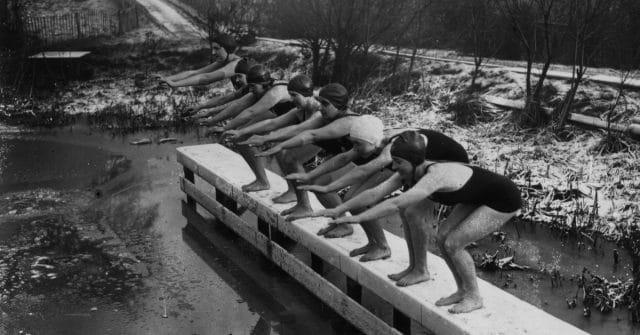 A new policy that asserts transgender people’s legal right to use the Hampstead Heath swimming pond corresponding to their gender identity will be strongly defended against any legal challenge, a senior official has told PinkNews.

The City of London Corporation (CoLC), which manages the Hampstead ponds in London, announced on May 23 that it was formalising trans people’s rights under the 2010 Equality Act.

On May 30, an article in The Times said that legal challenges to the new policy were “under way.”

“We’ve received nothing so far [in the way of legal challenges],” Edward Lord, chair of the CoLC establishment committee, told PinkNews on Thursday (June 6). “The policy has been approved by the two relevant senior committees with unanimous support. I am confident in our procedures and in our interpretation of the Equality Act.”

“If we receive a legal challenge to the policy it will be vigorously defended,” they said.

The trans-inclusive policy came about following an extensive public consultation that began in July 2018.

The Times article alleges that half of the responses to the survey – some 19,000 – were “declared invalid” and disregarded.

“What appears to have happened, although pending FOI requests we can’t be certain, is that any response which challenged the ideologically loaded language of the questions was discarded,” the article alleged.

However, this is simply not true, Lord told PinkNews.

“The survey was opened and viewed around 40,000 times and 21,000 people responded to the substantive policy questions, with every response being counted,” Lord said.

“No one who replied to the policy questions was disregarded, whatever view they expressed. The alleged 19,000 ‘missing replies’ were actually non-responses – they didn’t provide any data that could be analysed.”

Lord also told PinkNews that, as far as they are aware, there has never been any trouble with a man trying to access the Hampstead ladies ponds by pretending to identify as a woman – which is what anti-trans activists say will happen when trans women are encouraged to use women-only spaces.

“As far as I’m aware, we’ve never had a man turn up and say, ‘Today I’m a woman and want to swim in the women’s pond.’ The only problems to date have been the so-called gender-critical feminist Man Friday protestors at the men’s pond,” Lord said.

Man Friday are the anti-trans group who, last summer, protested reforms to the Gender Recognition Act by dressing up as men and demanding access to the men’s ponds at Hampstead Heath.

Trans people have been legally allowed to use single-sex facilities (including public bathrooms, swimming ponds and changing rooms) that correspond with their gender identity since the Equality Act 2010 became law.

Janice Turner, author of the Times article, has previously been criticised for receiving awards for journalism that “whips up inflammatory prejudice” against trans people.

Turner’s May 30 article misgendered Lord’s ex-partner, who is non-binary, but was referred to by Turner as “a female partner who nonetheless is ‘non-binary’ and demands to be addressed by the pronoun ‘they.’”