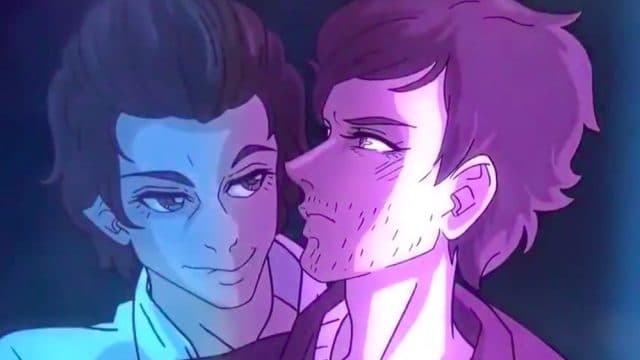 Throughout their time performing in the boy band One Direction, former bandmates Louis Tomlinson and Harry Styles were once “shipped” together in fan-fiction stories about them secretly being in a gay relationship. And now, HBO’s new teen drama Euphoria has illustrated one such story as an animated cartoon depicting the two men having sex backstage at a concert… and some One Direction fans are not happy.

Before the animated sequence begins the scene, one character tells of another, a teen girl named Rue, becoming internet-famous after writing fan-fiction online. In these stories, often written in real-life by queer women, celebrities or fictional characters often fall in love or have sex. Writers create these stories to explore the homoerotic subtext in predominantly heterosexual mainstream pop-culture.

In the sequence, Tomlinson nervously waits backstage as Styles seduces him, embracing him for behind before going down on him and saying that he’d be okay if someone discovered them in the act.

One fan wrote, “This is disgusting. They are being sexualized. And they do not even know about this. It’s humiliating, I hope and L & H will take legal action on this.” But is this sort of depiction of pop stars wrong? It depends on your outlook.