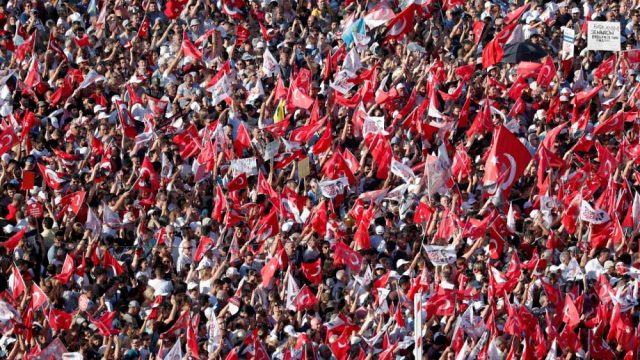 Istanbul’s new mayor Ekrem Imamoglu — a potential new opponent to President Tayyip Erdogan — was being sworn it at a ceremony on Thursday.

The event can be seen in the video player, above.

Imamoglu won a decisive victory on Sunday, his second in three months after authorities annulled the original vote to widespread international condemnation.

The Republican People’s Party (CHP) candidate’s first task is to take the reins from Erdogan’s AK Party which, along with its Islamist predecessor parties, has run the city for 25 years.

Erdogan himself served as mayor of Turkey’s largest city before launching onto the national stage to become the country’s dominant political leader.