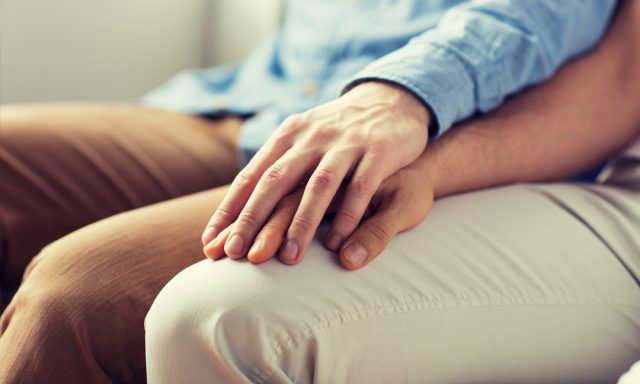 How many times have you choked when introducing your significant other to a stranger? Do you call him (or her) your husband (of wife)? Your partner in crime? Your compañero? Your spouse? Your roommate? And how to other people respond? It’s a very modern dilemma, and one felt by many same-sex couples.

Now, one man has taken it upon himself to ask advice guru Dear Abby for help with this issue.

“I’m a 55-year-old gay male who has been with my now-spouse, Owen, in a loving, committed relationship since 2005,” the letter begins. “In 2013, Owen and I were finally able to legally marry in California.”

Since tying the knot, however, the guys have struggled with how to label their marriage.

“My dilemma comes from people who don’t know what to call us,” he writes. “People often refer to my spouse as my ‘friend’ or ‘partner.’ At times I say nothing, but more often than not, I find myself saying, “Oh, you mean my HUSBAND.’”

The man continues: “Some of them thank me for the clarification; others just look at me with a blank stare. Owen never corrects them because he feels it isn’t his place. I feel it’s my responsibility to do so, first so as to not play down the significance of our relationship, but also to educate these people.”

Now the man wonders, “Do you think this is inappropriate?”

And now for Abby’s response:

“Not at all,” she says. “The people who refer to you and Owen as ‘partners’ and ‘friends’ are using terminology that is evolving because marriage among same-sex couples is still relatively new.”

She continues: “As it becomes more commonplace, that will change. In the meantime, it’s completely appropriate for you and Owen to speak up.”

What do you call your significant other? And how do people respond to it? Share your experiences in the comments section…