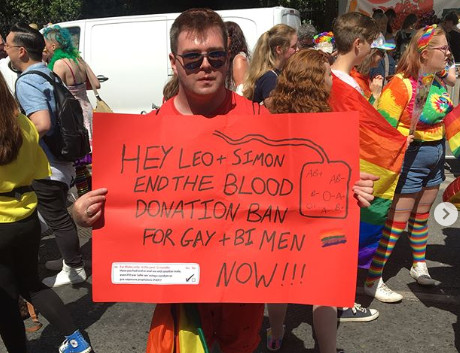 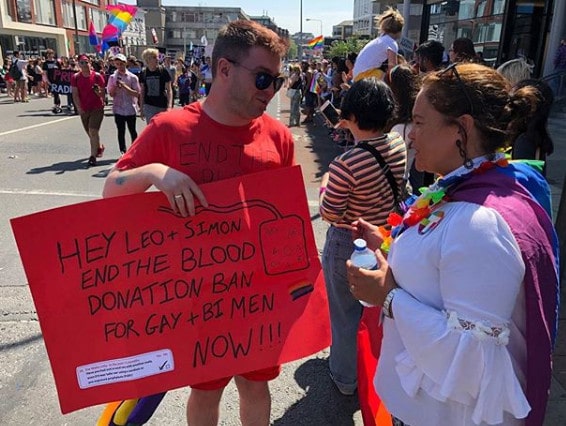 A gay man in Ireland has sued the government to lift a ban on gay men donating blood.

27-year-old Tomás Heneghan has argued that the current regulations by the Irish Blood Transfusion Service (IBTS), which require gay men to abstain from sex for 12 months before donating, codifies unlawful discrimination against gay men. Heneghan kicked off his lawsuit after doctors refused to allow him to donate blood this past April.

Believe it or not, this isn’t the first time Heneghan has tried to institute reforms over blood bans in Ireland. In 2013, authorities turned him away from blood donation because he was gay, even though he’d never had sex with a man. “This would not happen if I was straight,” he remarked at the time. “I am hurt and I am angry.” Heneghan later filed suit, which forced the IBTS to reform their policies to institute the 12-month abstention period.

Now Heneghan says that isn’t enough. He hopes that his current suit before the courts reduces the abstention period to only three months.

Blood bans against gay men remain a holdover from the panic of the AIDS crisis despite huge advances in testing and detection technology. In the United States, the American Red Cross continues to have a similar 12-month abstention period for gay men donating blood despite numerous calls for reform.