Home Gay Life Is Mark Jackson ‘blackballed’ by the NBA for his anti-gay beliefs? 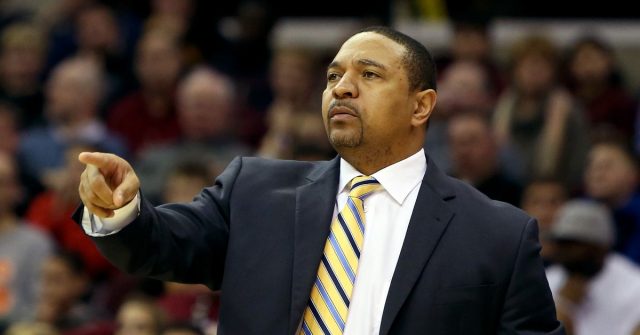 Andre Iguodala joined The Breakfast Club in New York City and shared some eye-opening comments about his former Golden State Warriors coach Mark Jackson, including the claim that Jackson is blackballed by the NBA because he’s religious and doesn’t believe in gay marriage.

In a video of Iguodala’s appearance posted on Deadspin, the three-time NBA champ said Jackson would hold his own sermons at the Warriors facility and stream it online, which Iguodala said irked some people.

Beyond that, Iguodala said a rift developed between gay Warriors president Rick Welts when Jackson expressed beliefs that he didn’t accept same-sex marriage.

Deadspin transcribed part of the interview. Here’s a sample:

One particular issue was his views on gender or marriage or what the bible says on your sexuality, and the head of our business … Rick Welts … He’s celebrated as one of the top execs in sports, on the business side, and he’s gay, so there was conflicts with that that was widespread.

One of the hosts of the show, Charlamagne tha God, also decided to weigh in on why he wishes all gay people would just stay in the closet:

I kind of miss those days when everybody was lying to each other, meaning everybody was keeping their shit to themselves, whatever your religion was, what your politics were, what your sexuality was, it made the world a lot less complicated.

It’s that attitude that contributes to the pressures for athletes to stay in the closet, this idea that they shouldn’t be sharing who they are publicly but they should keep it hidden inside them like a secret. It’s a deeply damaging mentality, and it’s particularly unfortunate to hear it come from a radio host in New York.