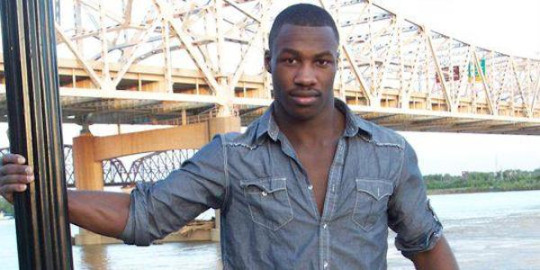 Michael Johnson, a.k.a. “Tiger Mandingo,” the former college wrestler sentenced to 30 years in prison for “recklessly infecting” multiple partners with HIV, has penned a heartbreaking letter from solitary confinement.

Though the black, gay, 24-year-old had an attorney seemingly unfit to defend him, and a jury pool stacked with white, HIV negative heterosexuals who thought being gay was a sin, he was still sentenced to 30 years in prison and will be forced to register as a sex offender upon release.

Blogger Michael Petrelis has been in contact with Johnson, and just shared the second letter Johnson has sent from solitary confinement: How are you doing? I’m good, still in segregation. I still don’t know for how long yet but it might be a year. I hope not! I like reading magazines you know any good subscription with stars in them? I have fun looking at picture of them in the magazines and reading up on their daily life. I have a cell in the hole I can’t stand at all. I can’t wait to move out and get a better one hope some one nice to look at that’s pretty.

During Johnson’s trial, friends and relatives described him as “barely literate” and “naive” about HIV transmission.

Petrelis calls the case “grave miscarriage of justice,” and he’s in active contact with Johnson and his support network. He’s also attempting to have him moved into the general prison population and ensuring that the magazine subscriptions he’s paid for get to Johnson in prison.