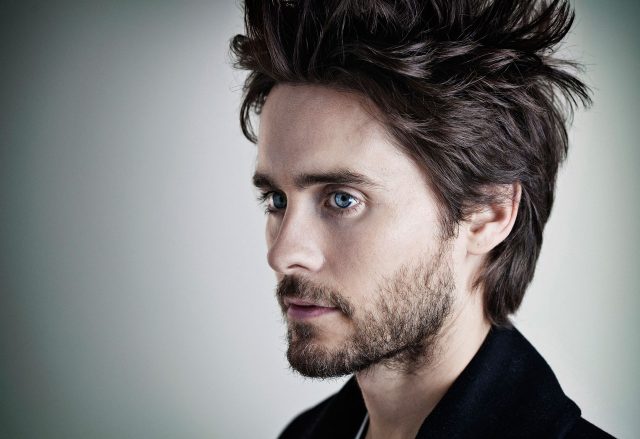 The Suicide Squad star said gay actors don’t have the same opportunities to be leading men, and “it shouldn’t be that way.”

Jared Leto is shining a spotlight on antigay bias in Hollywood.

In an interview with GQ magazine, the Suicide Squad star called out casting discrimination against gay actors.

“I definitely don’t think a gay leading man would have the same opportunities as a straight leading man,” Leto said. “I don’t know if that’s offensive or not, but that’s my thought right now. It shouldn’t be that way.”

“This is still a very conservative business,” he added.

Leto’s assertion of prejudice in Hollywood is confirmed by the near absence of out male actors in leading-man roles. Only one gay actor has been featured in a blockbuster this summer — Zachary Quinto — and he appeared as part of an ensemble cast in Star Trek Beyond. (The filmhad a successful opening weekend after the announcement that one of its characters, Sulu, is gay, which will hopefully inspire more inclusion in movies.)

There are several reasons there are no gay leading men. First, gay actors are still afraid to come out of the closet, due to an enduring perception of casting discrimination. Second, major studios are failing to showcase any LGBT characters in big-budget movies, which not only cuts down on job opportunities for LGBT actors but is a missed opportunity to broadcast acceptance and move the needle. Third, when these film roles do exist, they almost uniformly go to straight-identifying actors.

Leto himself won an Oscar for portraying the role of a transgender woman, Rayon, in the film Dallas Buyers Club. His casting sparked controversy among transgender people, who accused Leto of “transface,” a practice akin to blackface in which a cisgender person “takes” a part that would be more authentically portrayed by a trans actor.

Indeed, out of the dozens of actors who have been Academy Award-nominated for gay roles, only one, Ian McKellen (Gods and Monsters), has been an out gay man.

Matt Damon, in a 2015 interview with The Observer, observed that Hollywood was so discriminatory against out gay and bisexual people that he offered what many interpreted as advice to stay closeted.

“I think it must be really hard for actors to be out publicly,” he said. “But in terms of actors, I think you’re a better actor the less people know about you period. And sexuality is a huge part of that. Whether you’re straight or gay, people shouldn’t know anything about your sexuality because that’s one of the mysteries that you should be able to play.”

Leto, in his GQ cover story, said he “never felt the burden” of conforming to the ideal of a “masculine leading man.”

“I think there’s room for everything,” he said. “And a lot of times you’re just hearing echoes of other people’s insecurities — of how they think things should be.”

“We’re in an interesting time right now where people are exploring all kinds of different ideas of identity, not just masculinity or femininity,” he added. “Maybe a whole new paradigm. I think that’s great. Because a lot of people probably are marginalized still, and finding a sense of identity is critical to empowering people. For myself, I have never had a specific idea of masculinity. I think it’s OK just to be yourself and whatever that entails.”