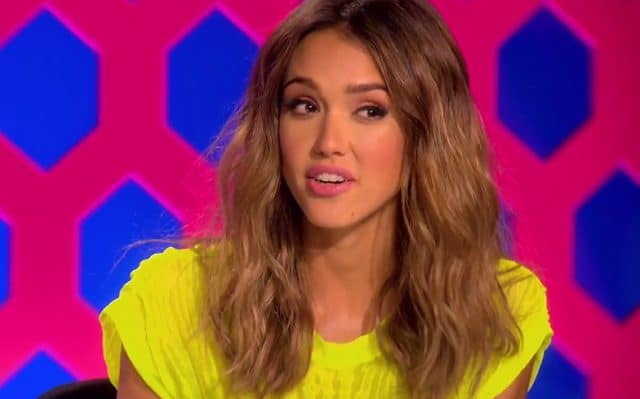 The actor’s Twitter account shared a string of vile homophobic, racist, anti-Semitic and ableist messages shortly after midnight on Sunday 28 July, including one that asked followers to “kill a handicap f****t” for money.

Another read: “Nazi Germany did nothing wrong and that’s on god n***a.”

Fortunately, the tweets were deleted shortly after they were posted, and Jessica’s followers recognised that her account had been hacked. Some even managed to find humour in the bizarre occurrence.

“Jessica Alba did not carry the entire Fantastic Four franchise on her back to get hacked in her sleep while she was just trying to sell us multi-vitamins,” wrote one Twitter user.

“When you had the chance to hack Trump you go and pick Jessica Alba out of all people,” added another.

Jessica has long been an LGBTQ ally. She appeared as a guest judge on RuPaul’s Drag Race back in 2015, and in an interview with The Daily Beast revealed that she distanced herself from the Church because of homophobia.

“I fell in love when I was 16 and had this major crush on… I guess he was a drag queen? He was bisexual and a ballerina, and this was while I was at the Atlantic Theater Company in Vermont,” she said.

“We used to go to this gay club and I’d dance with him all night, four nights a week. I was so in love with him and thought, ‘There’s no way this guy’s going to hell.’

“Because in my church, it was, ‘Anybody who’s gay is going to hell’ and ‘Premarital sex is evil,’ and I thought, ‘There’s no chance! This guy is amazing!’ So that went right out the window.”