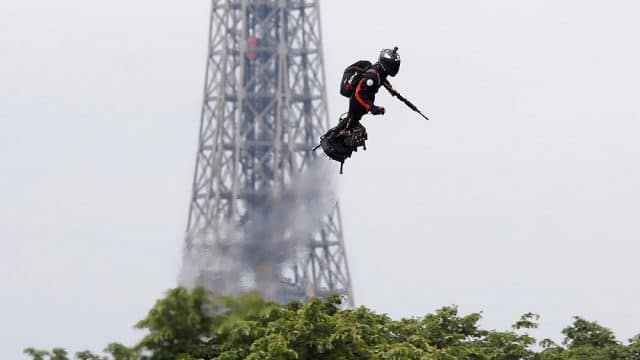 An armed flyboard rider was among the highlights of this year’s Bastille Day military parade in Paris on Sunday.

It was part of a demonstration of new military technology that also included ground robots.

The jet-powered flying device was designed by French inventor Franky Zapata, who was given a €1.3 million development grant.

Macron gave an approving nod as the device was demonstrated. “Proud of our army, modern and innovative,” he later tweeted.