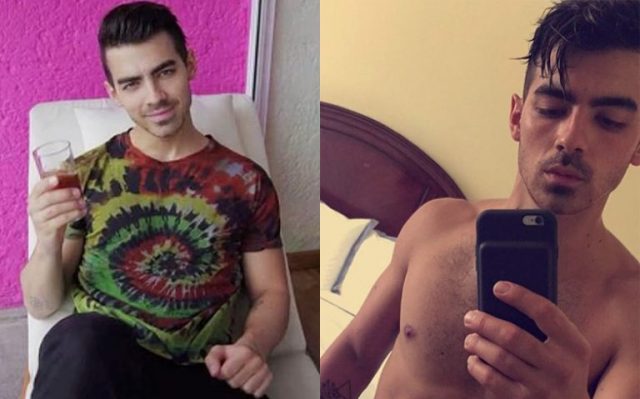 Joe Jonas wants you to know that gay rumours don’t bother him at all.

While Nick may be the Jonas Brother whose been getting all the attention from gay men over the past few years, older sibling Joe has steadily gained himself a hefty following thanks to his newfound sexual freedom and a tendency to strip off.

Along with this following has come plenty of rumours about his sexuality – as well as nude selfies from certain overzealous fans, apparently – but he tells PrideSource that he “doesn’t have an issue with it”.

He said: “I think it’s a compliment. I have a lot of gay fans. It’s not like it bothers me. Some people handle it differently, but at the end of the day, I’m cool with it and think it’s kind of funny. You have to learn to laugh; people are gonna create a story out of anything.

“It’s probably because I’m in touch with my feminine side. Look, I love fashion; I love to dress well. And I have a lot of gay friends, so that could probably point them in that direction.

“But again, the gay community is something that is close to my heart, so I don’t mind. Hey, if they wanna think I’m gay, it’s fun.”

Is this worth a vote? #VOTEDNCE ?

In reference to performances at LGBT Pride events and G-A-Y in London, Joe said: “Our gay fans are awesome and we want to give back in every way we can, so we’re putting on shows for them.”

If you want to see more of Joe, check out the time he got wet in the shower for a steamy photoshoot last month.