“I was like this is sort of disrespectful to the song and subject matter she was talking about.”

After months of dropping hints on social media, Glee actor Kevin McHale is finally speaking publicly about his sexual orientation and his relationship with actor Austin McKenzie. 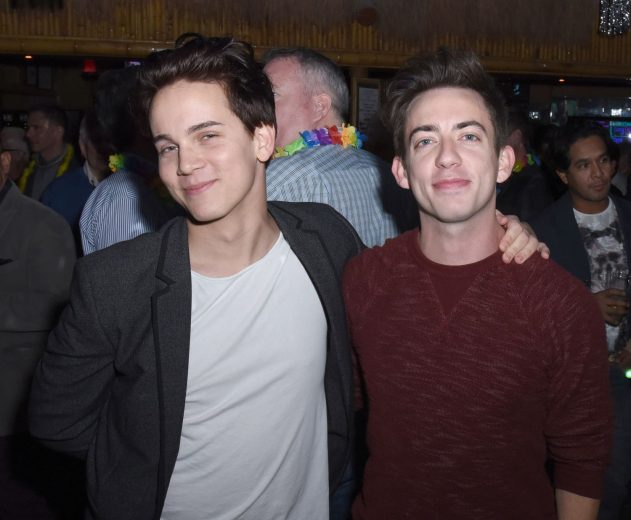 Talking to Marc Malkin in a Facebook Live on Thursday, McHale, 29, admitted he “wasn’t obviously shouting it from the mountaintops” that he was gay, but insisted if someone “was a big fan and following everything I was doing [on social media], like the people I interact with on Twitter on a daily basis, I think there was zero surprise. People knew.”

He may not have talked the talk, but McHale says he walked the walk as far as being an advocate for LGBT rights. “The organizations I’ve been supporting and all that sort of work has been apparent, at least to me,” he told Malkin. “I’ve always supported LGBT organizations and things like that because I felt like I had a vested interest in this where I wanted to help out.”

McHale had been slyly addressing his orientation for months, posting adorable pics with McKenzie on Instagram.

In February, a Twitter follower called McHale a “miserable closet queen,” prompting the actor to reply “I’m not miserable.”

Last month he put his cards on the table with a tweet praising Ariana Grande’s new single, “No Tears Left To Cry,” calling the song “gayer than me.”

#NoTearsLeftToCry is gayer than me and I ACCEPT. Ty @ArianaGrande.

In his chat with Malkin, he did express some regret for the Grande tweet.

“I honestly feel bad about it because that song is about a lot more. That song is about something really horrible and tragic and something she went through and dealt with beyond anybody’s imaginable expectations,” he said. “I just made this passing joke about it and then I was like this is sort of disrespectful to the song and subject matter she was talking about.”

In March McHale posted an image of a pair of enmeshed hands with the emoji representing the ASL gesture for “I love you.”

He didn’t tag anyone in the photo, but fans surmised the other hand belongs to McKenzie, best known for his portrayal of Melchior Gabor in Deaf West’s revival of Spring Awakening.

McHale said he and McKenzie have been dating for a little over a year and a half, and said they are “very happy.” The two had been spotted spending time together and frequently appear each other’s social media. They both also appeared in When We Rise, Dustin Lance Black’s miniseries about gay rights.

Thank you to @thelamission for doing the important work they do and for letting us join you for #skidroweaster yesterday. You all are incredible.

When My Husband Told Me He Thought He Might Be Gay

Nick Gayer
0
"Maybe I'll find out I'm only 30% gay," Cindy Chupack's husband told her. Sex and the City writer Cindy Chupack has been open about her... 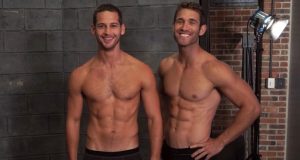