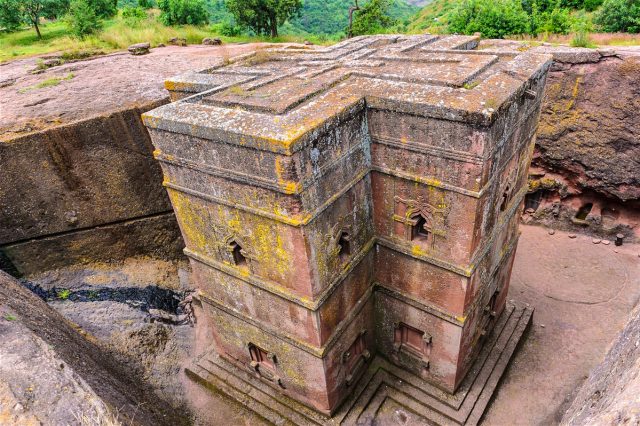 A LGBT tour operator is facing death threats and hate messages from the Ethiopian Orthodox community over plans to visit Ethiopian religious sites.

The site is known for its distinctive rock-cut churches, and the post included a play on words, “We will rock you,” in reference to the song by Queen. Toto Tours President Dan Ware believes this was misinterpreted.

He told VOA News: “[It was] just trying to be clever. Just to have a saying. It didn’t mean anything other than this experience of seeing this incredible place will change your life. We’re not going to do any kind of activism.”

Toto Tours’s post was spotted by Ethiopian blogger Seyoum Teshoum, and religious groups are now holding protests and calling for the government to ban the tour operator, warning that gay travellers could face violence.

“It’s been spiralling out of control,” Ware said.

Negash said gay travellers with Toto Tours “will be damaged, they could even die” if they visit Ethiopia, and “Toto Tours are wrong to plan to conduct tours in our religious and historical places.”

Toto Tours responded in an email to AFP, as reported bythe Guardian, saying that the company had been “terribly misunderstood” and calling for protection from the US State Department and the Ethiopian tourism ministry.

“We come with only the greatest respect and humility,” Ware said. “Our company is not aimed at spreading values contrary to local cultures when we travel around the world. We are simply an organisation where like-minded people can travel comfortably together to experience the world’s most precious wonders.

“This is terrible discrimination, and when the word of this spreads internationally, as it is most likely to do, it will have a negative impact on the important tourism industry in Ethiopia.”

Homosexual acts are criminalised in Ethiopia and are punishable by up to 15 years in prison.

But Ware pointed out it is not illegal to be gay in the country, only to act on it, adding that he believes Ethiopia should come to terms with the fact that gay tourists are here to stay.

Toto Tours has been organising sightseeing holidays around the world for its mainly LGBT clientele since the 1990s. They are currently waiting to hear from the Ethiopian government whether they will be allowed in the country.