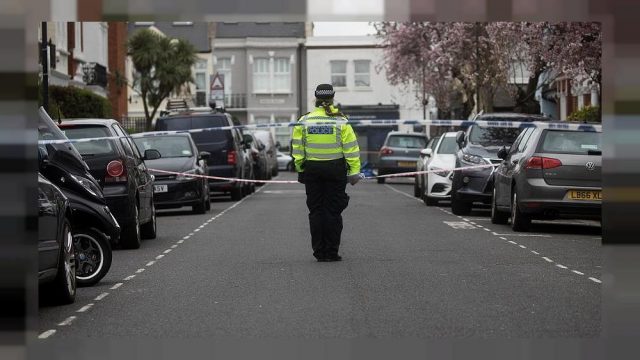 A woman who was around eight months pregnant died after being stabbed in London on Saturday. Her baby was delivered at the scene by paramedics as she was dying.

A 37-year-old man was arrested on suspicion of the murder of the woman and remains in custody.

The 26-year-old woman was found dying in her residential address in Croydon, south London. The baby is in critical condition in hospital, the police said.

“This is a horrific incident in which a young mother has lost her life and her child is critically ill,” Detective Chief Inspector Mick Norman said.

“At the forefront of our enquiries is understanding what exactly has lead to these tragic circumstances, & we are doing everything we can to establish the facts,” Detective Chief Inspector Mick Norman said.

The mayor of London, Sadiq Khan, reacted to the murder on Twitter, writing: “Violence against women has no place in our city, and horrific murders in the home like this show the scale of the problem we face. My heart goes out to this innocent child, and to the mother they have so tragically lost.”

According to official statistics, there were 285 fatal stabbings in England and Wales in 2018, the highest level since records began more than 70 years ago.