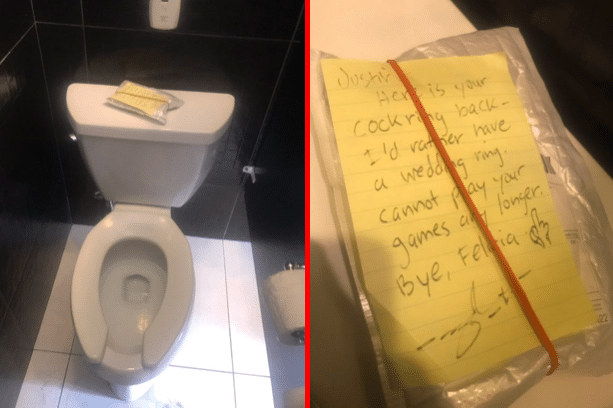 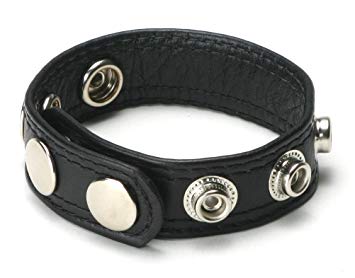 Breaking up is hard to do. Just ask Justin, a member at Vida Fitness in Washington, D.C.

Along with it was a little, ahem, souvenir from the ill-fated romance.

The note read: “Justin, here is your c*ck ring back–I’d rather have a wedding ring. Cannot play your games any longer. Bye, Felicia!”

The note also included an illustration of a middle finger.

The letter (and its accompanying souvenir) was left atop a toilet, presumably for Justin to discover during his workout.

Or perhaps he already found it and forgot it behind? We don’t know anything about this Justin guy, but it sounds like something he might do.

Whatever the story, we’ll likely never know. But one thing is for certain: This may be the gayest breakup in the history of gay breakups.