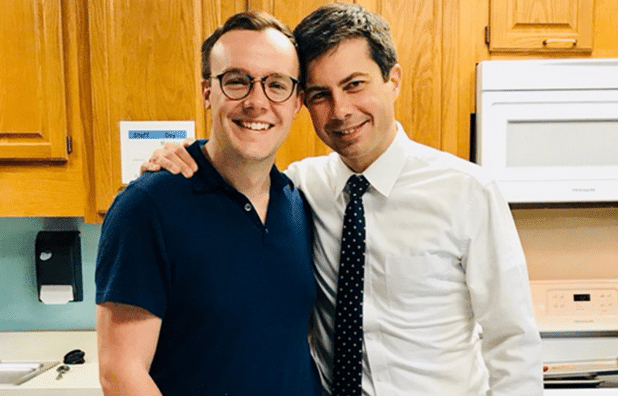 Gay Democratic mayor in Indiana is tipped by Obama to be a rising star in the party, and could even one day be president

The mayor of an Indiana city has married his partner and celebrated at a Pride event.

Buttigieg was named by President Barack Obama as a rising star in the Democratic Party. In the article for Politico, he was even tipped as a possibility for president one day.

How the couple met 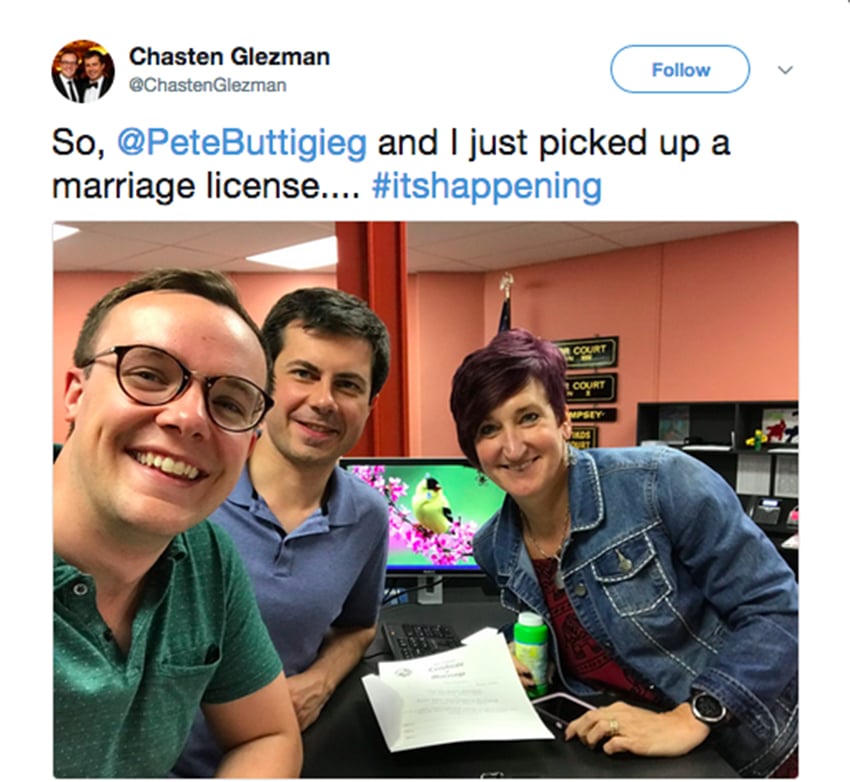 The two met on an app, and dated on Facetime before meeting in person.

Both were looking for a long-time relationship, tired of the gay dating scene.

Unusual for a politician, Buttigieg is introverted and shy in relationships. His now-husband, however, is a natural performer who does improv comedy.

The mayor was shy as he only came out in 2015 in an essay for The South Bend Tribune. 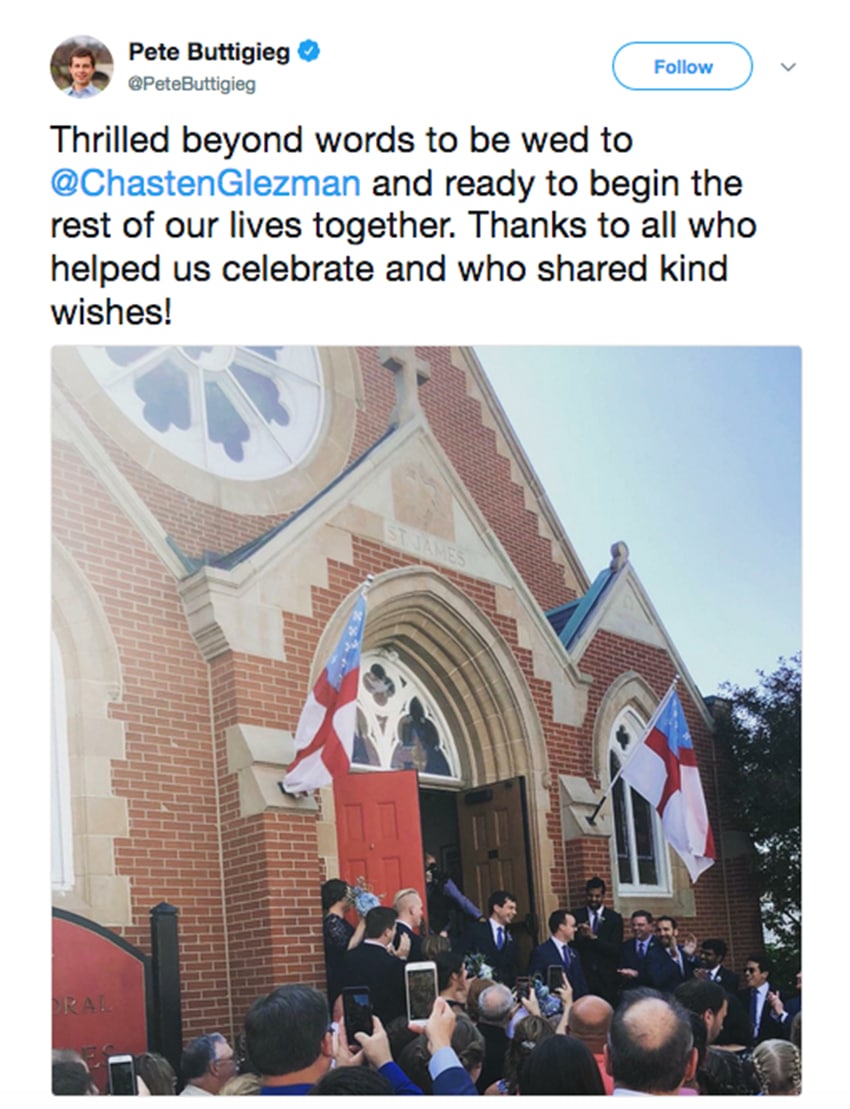 He decided to come out in response to a religious freedom bill signed by Vice President Mike Pence, the then state governor.

‘I was well into adulthood before I was prepared to acknowledge the simple fact that I am gay,’ Buttigieg said in the essay.

In the coming out article, he said acceptance for the LGBTI community was slow in certain parts of the country.

‘South Bend isn’t exactly the land of change,’ he said.

Mayor gets married and then went to Pride party 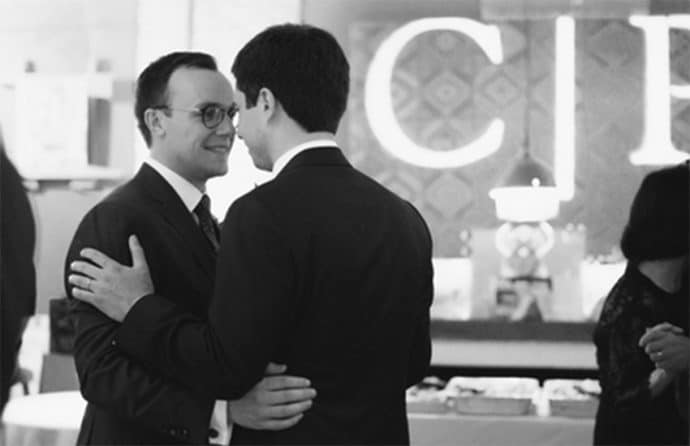 But the couple are very popular in Indiana’s fourth largest city of 100,000 people.

A Democratic mayor in a Republican stronghold, Buttigieg has been praised for his direct approach and popular policies.

And now he has a husband.

The two invited 200 to attend the ceremony. Two hundred more were invited to the reception, according to the New York Times.

Following the ceremony, the couple attended a Gay Pride Week block party in downtown South Bend before leaving for the reception.

The couple donned rainbow-colored beads, greeted the crowd and took photos with attendees.

The ceremony itself featured a reading from Justice Anthony Kennedy’s majority opinion in Obergefell v Hodges, the Supreme Court case that granted marriage equality in the US.