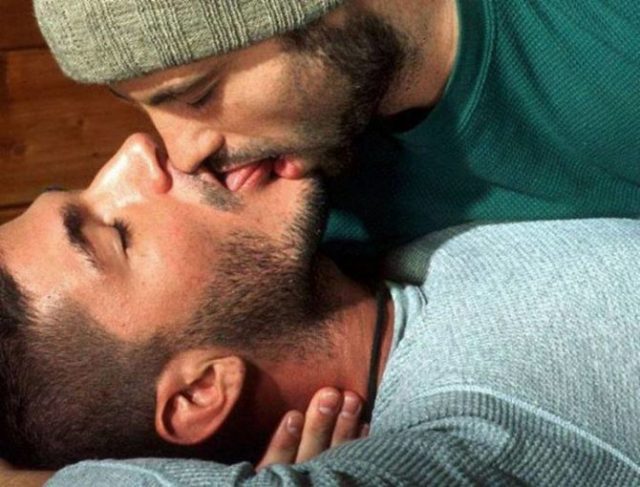 What is dude sex? And how is it different from gay sex? Let’s find out…

Tony Silva is a researcher at University of Oregon who recently did a study on the growing phenomenon and just published a paper called Bud-Sex: Constructing Normative Masculinity among Rural Straight Men That Have Sex With Men about it.

According to Silva, dude sex (or “bud-sex”) is when two guys, usually from a rural area and who identify as straight, hook up together in a discreet, NSA sort of way. They have wives. They have kids. They consider themselves to be heterosexual. But they’re also able to compartmentalize sex in a way that allows them to occasionally bump uglies with other guys without complicating anything.

Silver interviewed 19 white, rural, straight-identifying men who say they’ve had dude sex. He found most of them on the pages of Craigslist’s M4M casual encounter ads. All of the guys came from socially conservative and predominant white populations in Missouri, Illinois, Oregon, Washington, or Idaho, and most of them identified as either “exclusively” or “mostly straight,” with a few identifying as “straight but bi, but more straight.”

Silva spoke with them for about an hour and a half each, and what he learned was pretty interesting.

Many of the guys said they engaged in dude sex as a way of “helpin’ a buddy out,” relieving “urges,” or simply experimenting and/or satisfying curiosities without experiencing any sexual attraction for the person with whom they were experimenting.

Silva also found that dude sex guides their “thoughts, tastes, and practices. It provides them with their fundamental sense of self; it structures how they understand the world around them; and it influences how they codify sameness and difference.”

In other words: it helps them scratch a certain curiosity itch while simultaneously reaffirming their heterosexuality because, now that they’ve tried it, they realize that man-on-man sex isn’t for them… Or maybe it is… It’s all about learning and growing as individuals.

One thing Silva noticed was that most of the men were seeking other men like them–straight-identifying, married, etc., etc.

“This is a key element of bud-sex,” he writes in his study. “Partnering with other men similarly privileged on several intersecting axes—gender, race, and sexual identity—allowed the participants to normalize and authenticate their sexual experiences as normatively masculine.”

By hooking up with guys similar to them, Silva noted, many of the men didn’t feel their heterosexual identities were threatened. But having sex with a gay man somehow made them feel more gay. In fact, a handful of subjects said they were turned off by “effeminate faggot type[s]” or “flamin’ queers” who were “too flamboyant.”

“If I wanted someone that acts girlish, I got a wife at home,” one subject said.

Other reasons the men said they preferred to have dude sex as opposed to gay sex was because it happened quicker and didn’t involved lengthy email exchanges, or they felt there wasn’t the threat of the other man becoming emotionally attached to them.

Other men reported that they enjoyed the friendship part most, and that the sex was just sort of a naturally-occurring afterthought.

“I go on road trips, drink beer, go down to the city [to] look at chicks, go out and eat, shoot pool, I got one friend I hike with,” another guy explained. “It normally leads to sex, but we go out and do activities other than we meet and suck.”

“If my wife’s gone for a weekend,” a third guy said, “I’ll go to his place and spend a night or two with him … We obviously do things other than sex, so, yeah, we go to dinner, go out and go shopping, stuff like that.”