The western Sydney seat of Blaxland has been revealed as the electorate that voted most heavily against legalising same-sex marriage.
But the Labor MP who holds the seat, which takes in the suburbs of Auburn, Bankstown and Lidcombe, will vote “Yes” when it comes to the floor in parliament.
Just 26 percent of the voters in Blaxland cast a ballot for “Yes” in the postal survey, well below the 61 percent national result. 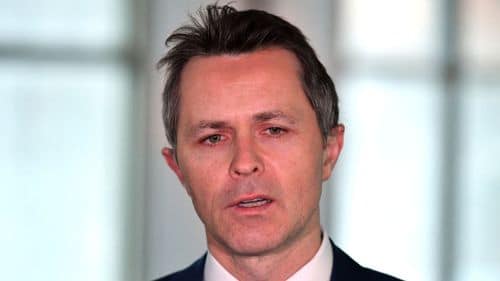 Jason Clare will vote to legalise same-sex marriage despite his electorate voting “No”. ()

But MP Jason Clare has been a vocal supporter of marriage equality since 2012, and will vote in parliament to legalise it.
“I’m not surprised. Blaxland is a very socially conservative electorate,” Clare said today.
“I’ve always known the views of my electorate on this issue and I’ve always been very upfront with them about mine.
“Good people with good hearts can have very different views on this important issue.”
Twelve of the 17 “No” electorates are in Western Sydney, most of them held by Labor MPs.
Every state and territory in the country voted in the affirmative, with every state but NSW voting by a greater than 60 percent margin.

The ACT by contrast was the most in favour, with 74 percent of respondents voting for legalisation.
Women outnumbered men in every age group until the 75-79-year-olds.
The 20-24 age bracket was the group least likely to return their ballot, outdone by voters older and younger than them.
How each state voted: 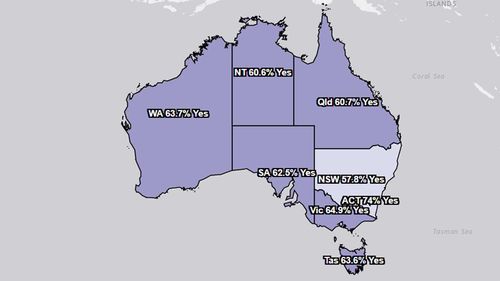 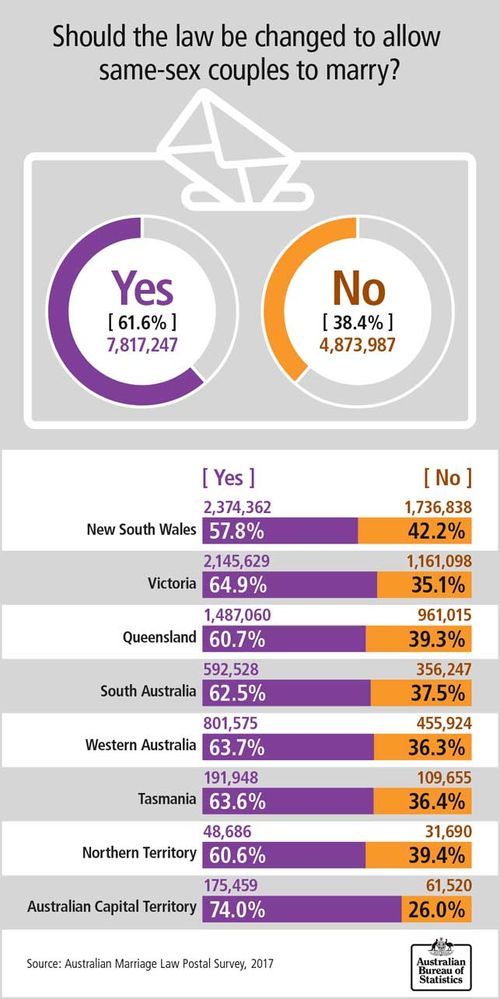 The participation rate by state, gender and age. (ABS) ()