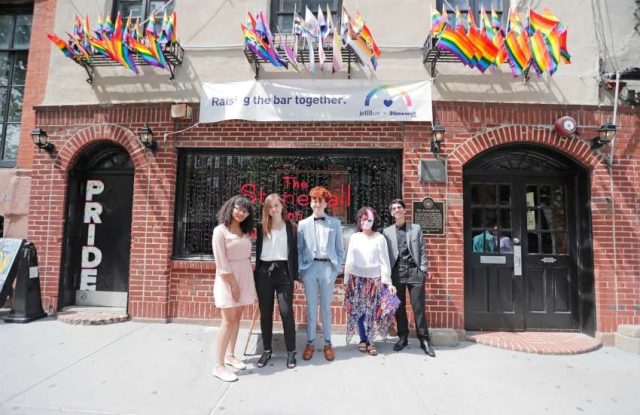 The world famous New York Yankees baseball team has announced the winners of a Stonewall scholarship.

Last year, the Yankees announced it would not only celebrate its first Pride at New York this year The scholarships commemorate the anniversary of the Stonewall Riots.

The Stonewall Riots triggered the global LGBTI rights movement. This year marks the 50th anniversary of the riots at the Stonewall Inn in New York.

‘Through this initiative, we are proud to recognize the profound historical impact of Stonewall and celebrate the many meaningful contributions of the LGBTQ community,’ Yankees managing general partner Hal Steinbrenner said last year.

About 260 students applied for the $10,000 scholarships, with the Yankees choosing five recipients,

‘We at the Yankees are very conscious of our place in New York City. As part of NYC, we always try to recognize our responsibility to give back to the community,’ said Yankees president, Randy Levine.

‘We noticed it was the 50th anniversary of Stonewall and we wanted to do something, not only to just celebrate, but to do something more meaningful by giving back and creating legacy so that this anniversary is remembered, that people learn from it and to create great leaders as a result of it.’

‘Even with all the scholarships that I got from the college and the need-based aid, I was still short 10 grand for each year,’ Rosado told NBC News.

‘I was really surprised that after all the work I did in high school, I didn’t even get enough scholarships to cover the basic cost of tuition, so because of this [Yankees-Stonewall] scholarship, I’m going to be able to go to this very expensive college.’