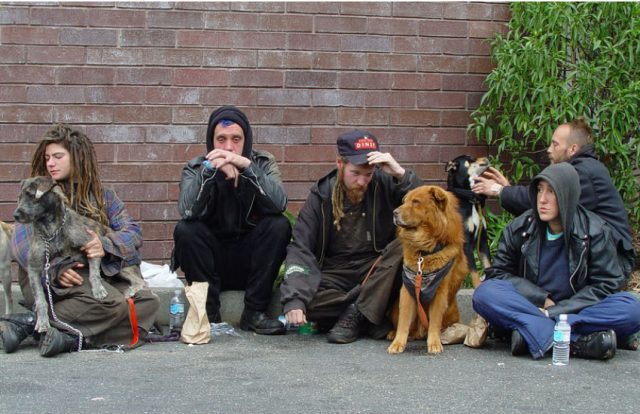 Parents are kicking out young gay people and making them homeless at a ‘dramatic’ higher rate, charities have warned.

The Albert Kennedy Trust and Stonewall Housing has reported a ‘dramatic increase’ of young LGBTI people being forced out onto streets by abusive families.

Some had physically violent parents, and others had been sent abroad in an attempt to ‘cure’ them of being gay.

And then once out into the streets, many young LGBTI people have revealed they had been forced to go into sex work.

And there is an estimated 4,800 young British LGBTI people, 24% of all young homeless people, were forced out of their homes.

‘LGBT people in this country have seen the benefit of many positive changes to legislation in recent years, and to some it might appear that the big battles have been won. They haven’t been,’ Tim Sigsworth, chief executive of the Albert Kennedy Trust, told The Independent.

‘In most cases young people have been driven out of their family homes because of parental rejection, abuse from within the family, and aggression or violence. We’re seeing a particular increase in the numbers of young people identifying as trans.’
Research by the Albert Kennedy Trust found that although 83% of homeless young LGBTI people reported their situation having a negative impact on their physical or mental health, less than half had sought help.