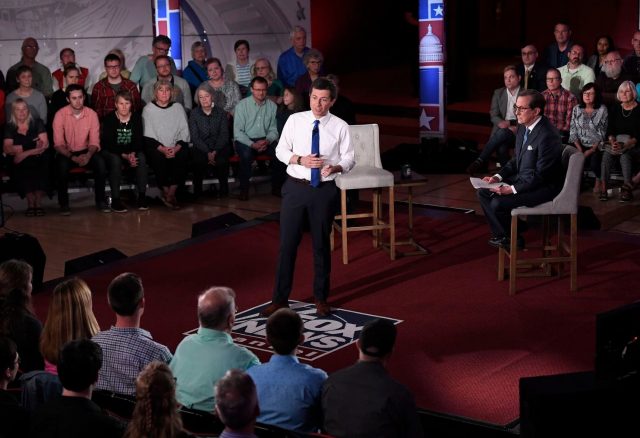 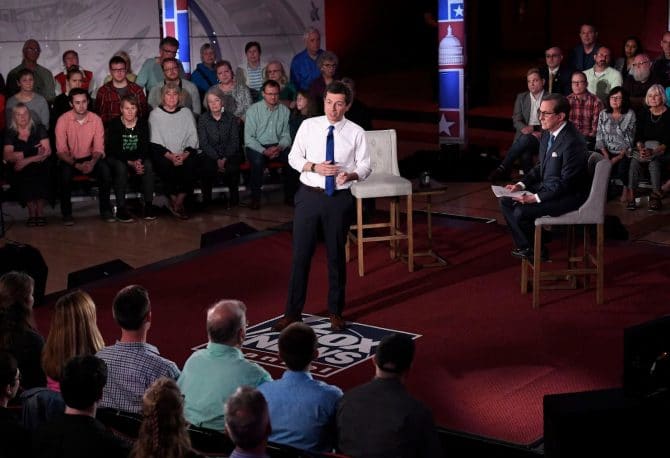 Pete Buttgieg completely won over the room during a town hall hosted by Chris Wallace on Fox News last night.

Prior to Mayor Pete’s appearance, Donald Trump took to Twitter to slam the network for “wasting airtime” on the out gay candidate.

Asked by Wallace about what he thinks of Trump’s tweets, Buttigieg simply responded: “I don’t care.” To which the audience responded with thunderous applause.

“It is a very effective way to command the attention of the media,” he continued. “We need to make sure we are changing the channel.”

The 37-year-old mayor of South Bend added that, at times, it’s hard to look away from the outrageous things Trump says and does, admitting, “It is the nature of grotesque things that you can’t look away.”

When asked by Wallace about his stance on abortion and the onslaught of attacks on women’s rights happening in several states at the moment, Buttigieg said he’s confident women can make their own decisions without the government’s input.

“I trust women to draw the line when it is their own body,” he said. “I believe that the right of a woman to make her own decisions about her own reproductive health and her own body is a national right, I believe it is an American freedom.”

Once again, the response was met with loud applause.

Of course, Buttigieg couldn’t appear on the conservative cable network and not take a swipe at two of its most high profile propagandists who regularly attack him on their shows: Tucker Carlson and Laura Ingraham.

“You know a lot of folks in my party were critical of me even doing this with Fox News,” he said, “and I get where that’s coming from, especially when you see what goes on with some of the opinion hosts on this network.”

He continued, “I mean, when you got Tucker Carlson saying that immigrants make American dirty. When you got Laura Ingraham comparing detention centers with children in cages to summer camps—summer camps—then there is a reason why anyone has to swallow hard and think twice before participating in this media ecosystem.”

“But I also believe that even though some of those hosts are not always there in good faith, I think a lot of people tune into this network who do it in good faith.”