Home Gay Life Pro athlete from Spain comes out as gay in kissing photo with... 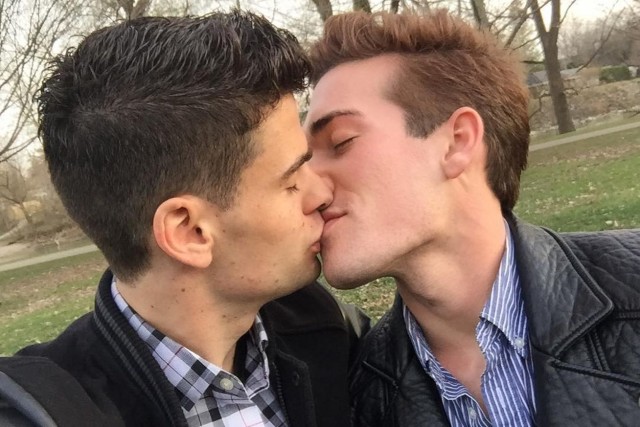 Last month, water polo Olympic star Víctor Gutiérrez came out as gay just before attending the Rio Games. The athlete took the decision to come out in the hope that others will follow his example.

‘I hope my coming out serves to break a taboo within the sport,’ he said. ‘You have to be judged not by your sexuality but by your sporting merit.’

And it seems that results came shortly after. Another major sports figure from Spain decided it was time to let the people know he is gay and he is very happy.

Spanish Olympic figure skater Javier Raya made his announcement through Instagram where he posted pictures with him and his boyfriend kissing and wrote:

‘Many of you know, others can imagine by the pictures and others will be surprised, but I have to say that right now I feel like the luckiest person in the world! Thank you @nicholsondrew.’

The photo was uploaded on Instagram three weeks ago, but only Spanish media noticed it. Javier Raya participated at the 2014 Winter Olympics where he finished the 25th in the 2014 men’s figure skating competition.

Raya and his boyfriend have many cute photos on Instagram as a happy couple.