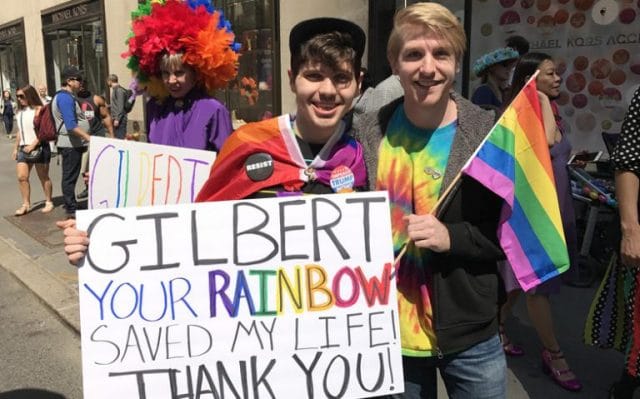 LGBT+ activists used the march to pay tribute to the late artist.

Gilbert Baker sadly passed away last month aged 65, but his world-famous Rainbow Flag was out for all to see during New York City’s Easter Parade this past weekend.

Gays Against Guns used the event to honour the LGBT+ activist and his flag, which has become the universal symbol of the LGBT+ community. 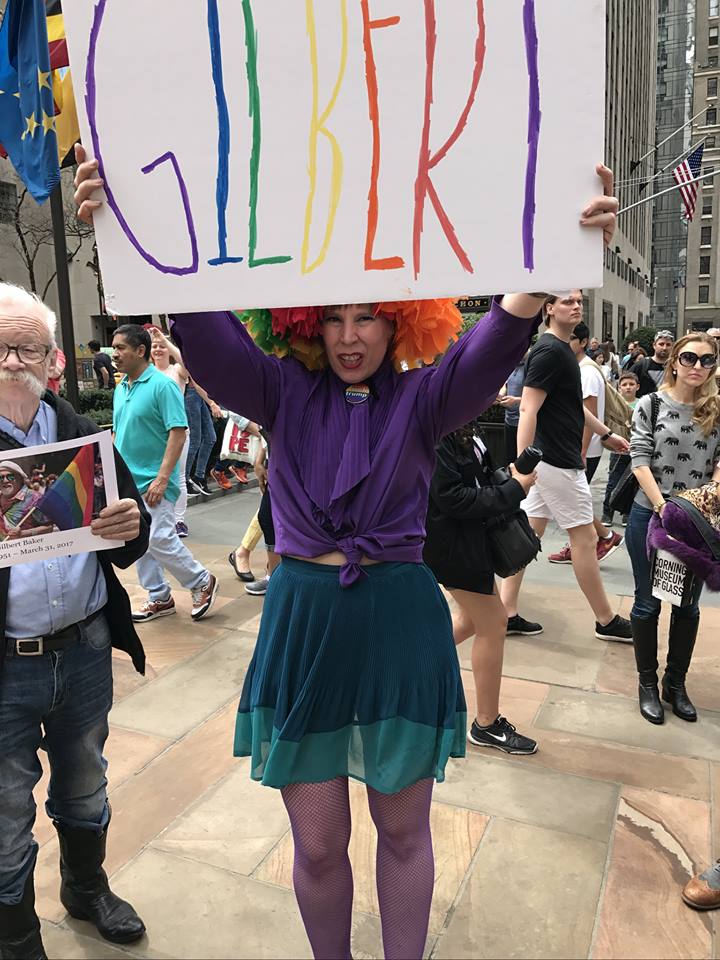 Gilbert’s name was written in multicolour on one placard, while another read “Gilbert, your rainbow saved my life”.

The Rainbow Flag was also used as as a backdrop on a banner that urged people to “stop the hate”.

“This award is so much larger than me. This moment is about visibility and about representation,” he said. 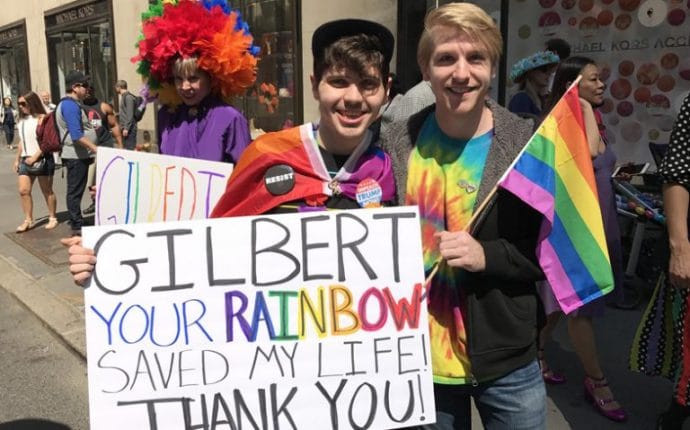 “What and who we see in the media defines our perception of the world around us, and so to see ourselves in this picture of what is ‘normal’ and what is acceptable and what is beautiful is absolutely vital.

“In saying that, so much of the work that has contributed to our progress as a community is far less glamorous than the work that I’m being honored for tonight.”