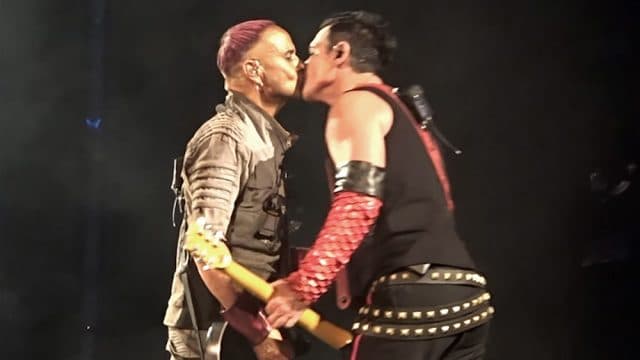 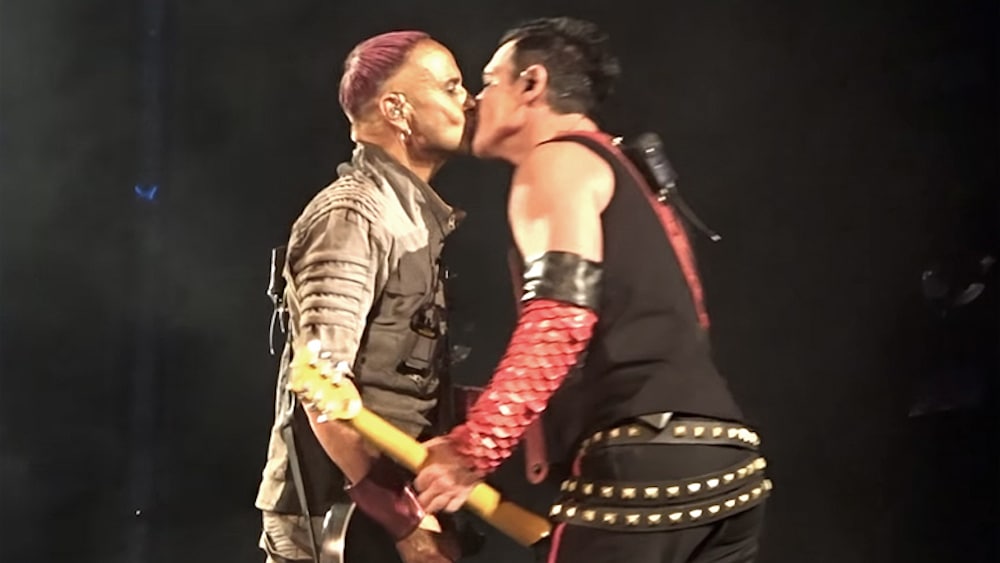 The rock music band Rammstein gave a big middle finger to Russia’s anti-gay propaganda law by kissing onstage during their concert at the Luzhniki Stadium in Moscow last night.

The German band’s guitarists, Paul Landers and Richard Kruspe, kissed onstage and the band then posted an image of their smooch on Instagram along with the message “Russia, we love you,” written in Russian.

Though the kiss itself was just a small peck at the end of a song, it’s a bold move considering that “foreigners can be arrested and detained for up to 15 days, or fined up to 5,000 rubles ($79), then deported,” according to loudersound.com.

Here’s a video of Landers and Kruspe kissing (at the 4:54 mark):

It’s not the first time the band has supported our right to love in an anti-LGBTQ country….

Just a week ago, the band played at the a stadium in Chorzów, Poland, a nation that has been considering a Russian-style gay propaganda ban of its own. Bigots in the country have recently taken to issuing “LGBT-free zones” stickers to businesses and pelting Pride marchers with fireworks and bricks.

During that concert, Rammstein frontman Till Lindemann sailed across the crowd in an inflatable raft while waving a rainbow flag in support of the Poland’s LGBTQ community. The animated GIF of it below is pretty amazing.

Though the intense rock band became widely known in 1997 for the breakout hit “Du Hast,” their current tour is for their seventh album.

The band’s occasional use of militaristic imagery in its videos and its popularity with two school shooters have gotten it accused of having fascist sympathies, but song lyrics and public statements by its members show its true sympathies with left-leaning liberal causes like freedom of sexual expression and worker’s rights.