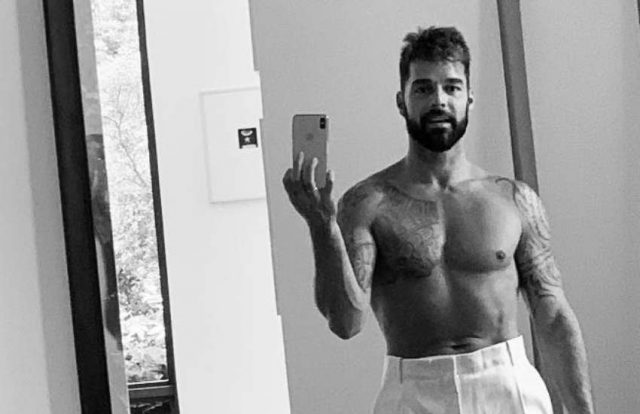 The She Bangs singer and Puerto Rican ‘king of Latin pop’ wrote an open letter yesterday (13 June) calling for a bill that would allow religious organizations to legally discriminate against LGBTI people.

It came about after the Puerto Rico House of Representatives voted to approve House Bill 2069 on Tuesday (11 June).

‘While the world calls for equality, respect for diversity and the defense of human rights,’ . ‘Members of the Senate and the House of Representatives and the Governor of Puerto Rico are pushing for a measure that goes against all of the above and it encourages division, prejudice, hatred and the lack of respect for individuality.

‘It does so under a premise that undermines the constitutional protections against discrimination on the basis of race, sex or belief, and in its place, justifies an irrational protection of the religious convictions of government employees,’ he argued.

Ricky Martin then went on to say, as a member of the LGBTI community, he cannot condone House Bill 2069.

‘I join the constituency that affirms that there has never been a willingness among our LGBTI people to allow for the validation or legalization of discrimination against us,’ he said.

He argued the bill opens the doors to hatred against LGBTI people.

‘I am vehemently opposed to the proposed measure imposed upon us under the guise of religious freedom,’ he said. ‘Which degrades us as a society and projects us to the world as a backwards country, unwilling to honor the basic constitutional right of individuality.’

Martin then added: ‘This movement is not representative of the Puerto Rico that we all love, defend and hold so dear. We call on the Senate, the House and Governor Ricardo Rosselló to reject this effort, which is an open door to hatred and discrimination.’

He took to Twitter to explain he brought two bills to the Legislative Assembly for discussion — the religious freedom bill and a bill to ban conversion therapy. The latter would not ban the practise through religious organizations.

Now, after consideration, he requested to withdraw them both.

‘Respect for the dignity of the human being,’ he wrote on Twitter. ‘And the protection of the rights that assist all citizens is a responsibility that I assume as governor.’

He then added: ‘I request that both projects be withdrawn, since instead of reaching a consensus on a basis of mutual respect, it provokes the division of our people.’