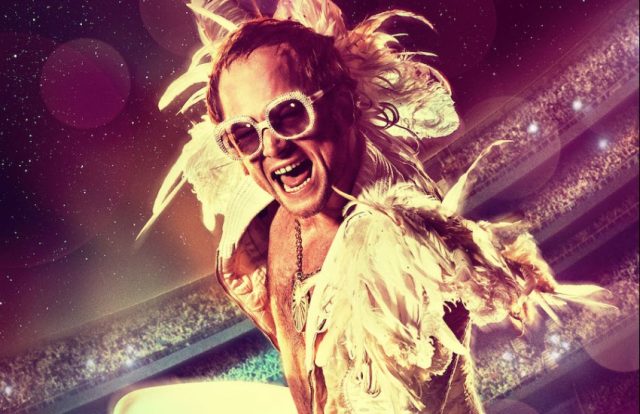 Rocketman, the upcoming biopic of Elton John, premiered at the Cannes Film Festival on Thursday (16 May) to rave reviews.

When the movie finished screening, the audience — which consisted of John, leading star Taron Egerton, and director Dexter Fletcher — burst into applause.

Footage of the event showed Egerton tearing up as people roared with applause around him.

The movie, when it’s released in the coming weeks in the UK and US, is set to both make history and win over many fans.

Rocketman is not the first movie released on the big screen to depict gay male sex (or at the very least show a little before cutting away). Before it, Brokeback Mountain and Call Me By Your Name, both nominated for Oscars, broke such ground.

Paramount is releasing Rocketman — making it the first major studio to release a movie with gay male sex aimed at general, mass audiences. Elton John, after all, is not a niche figure in the music world.

Scenes in Rocketman depict frank conversations about John’s sexuality, oral sex, same-sex kissing, and one bedroom sex scene. This is in contrast to criticism Bohemian Rhapsody received for shying away from Freddie Mercury’s sexuality.

Critics are praising the film for a variety of things, namely Egerton’s performance and its honoring of Elton John’s legacy.

‘He’s brilliant, an electrifying presence,’ wrote John Nugent for Empire Magazine of Egerton. ‘Helpfully, he can really sing, too.’

Justin Chang of the LA Times also applaued him, writing: ‘He doesn’t disappear into the role, exactly, but he accomplishes something nearly as remarkable, which is to locate subtle depths of feeling in a character we first see wearing a devil-horned chicken costume.’

The film is also, inevitably, going to draw comparisons to Bohemian Rhapsody, which Fletcher completed after Fox fired Bryan Singer.

Dan Wooton of the The Sun said there is no comparison: ‘If Bohemian Rhapsody were the cheeseburger of music icon biopics, then Rocketman is the sirloin steak – with lobster on the side.’

Semlyan also adds that the film’s sex scene between Egerton and Richard Madden ‘feels like a progressive moment, a significant step forward in this retro rush of a musical’.

Not everyone, however, thinks the film goes far enough in its representation.

Change describes the scenes as ‘brief and isolated’ and ‘the mere fact that they exist at all… will probably earn the movie more praise for candor than it deserves’.

Rocketman hits theaters in the UK on 24 May and in the US on 31 May.

Taron Egerton: It was ‘important’ to authentically portray Elton John’s sexuality in Rocketman