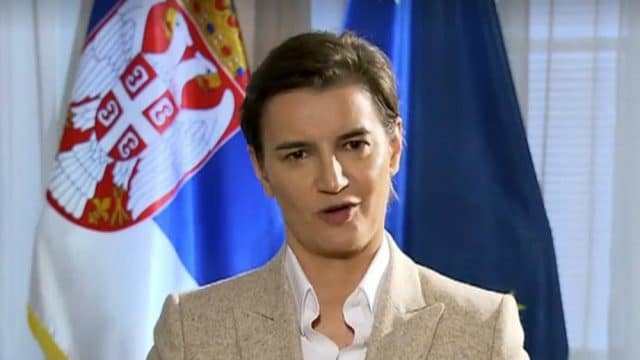 The same-sex partner of Serbian Prime Minister Ana Brnabic has given birth to a baby boy, a government statement confirmed on Wednesday.

Mother, Milica Djurdjic, and baby, named Igor, were said to be “doing fine.”

Brnabic made history in 2017 after being voted by fellow lawmakers to become Serbia’s first female and openly gay prime minister.

Same-sex marriage is not currently recognised in the Balkan state.

The Serbian prime minister was due to visit Brussels on Wednesday to mark Serbia’s Statehood Day, but confirmed on Twitter that she had delayed her trip.