Home Gay Life So Many Male Celebs Bared It All This Summer. Let Us Help... 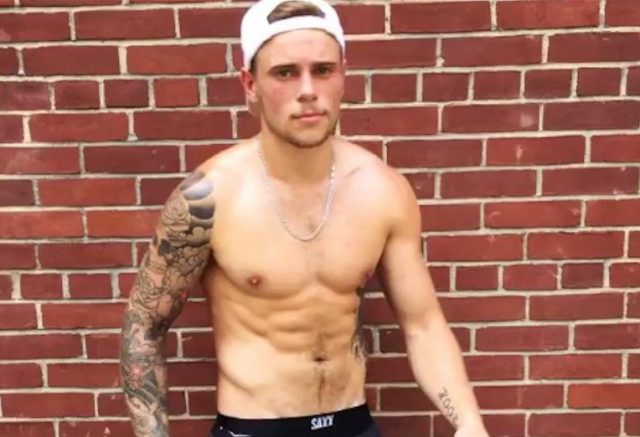 Was this the summer full-frontal male nudity went mainstream? Well no, let’s not get hysterical. But there was plenty of it, and we have photos to prove it.

It began with Alex Bowen, the aggressively handsome star of reality series Love Island, who couldn’t have been too terribly upset when an explicit photograph of himself started making the rounds back in June. You really can’t buy that kind of publicity.

A-List Hollywood apparently took note, with Orlando Bloom soon joining the coveted coven of male celebs with their own jaw-dropping penis pic leaks. Not to be outdone, fellow star, occasional romantic rival, and all-around runt Justin Bieber once again took off all his clothes to prove, once and for all, that he can be nude with the best of them. Then he proved it again. And again. Hey, he proved it last summer, too.

Well, 50 Cent must’ve read about all this nudity business and decided he wanted in on the action — although he unconvincingly feigned outrage when an episode of Starz! original series Power (which he produces) showed him very naked indeed, apparently without his permission. Which, that was weird. All of this must’ve weighed heavily on skier Gus Kenworthy, who ultimately decided he should probably stop being such a baby, and start being unequivocally nude. Hunky Brazilian Gymnasts Arthur Zanetti And Sergio Sasaki followed suit when some intriguing video footage surfaced.

And this nudity of which we speak was not merely confined to the states, either: Leaked photos of former Dr. Who star Matt Smith demonstrated that the British actor does not always wear pants and on occasion has been known to doff his shirt. So now you know.

Who did we miss? Who will be next? What are you wearing? Sound off in the “Comments” section below if that’s what makes you happy.