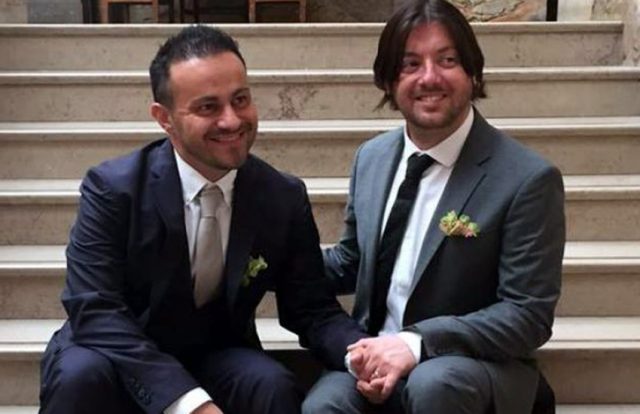 Adoptions for same-sex couples were also made legal in South Australia.

South Australia has changed the law to recognize the marriage of a gay man who died on his honeymoon.

Marco Bulmer-Rizzi was devastated when his partner David’s death certificate would read ‘never married’ because the state did not formally recognize same-sex unions.

Bulmer-Rizzi told ABC Radio: ‘It was a very happy, very surreal day. I never thought it would come this far [after] such a dark moment in my life.’

Anna Brown from Australians 4 Equality and the Human Rights Law Centre said the registration scheme ‘removes any need to “prove” your de facto relationship to officials.’

‘These improvements give same-sex couples the comfort and security of knowing their relationship is recognized in the eyes of the law,’ she added.

Premier Jay Weatherill said the register would pave the way for ‘all loving couples to have rights, and be recognized’.