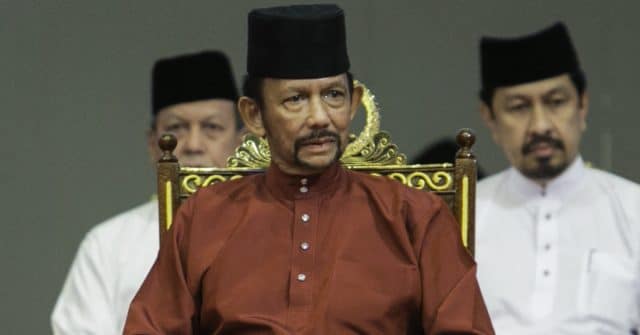 The Sultan of Brunei has handed an honorary degree from the University of Oxford back after reaction to his country’s anti-LGBT laws.

The University of Oxford has confirmed Sultan Hassanal Bolkiah has handed back his honorary Civil Law degree, awarded in 1993, after it reached out to him regarding the introduction of a new penal code in Brunei that makes gay sex punishable with death by stoning.

A spokesperson for the university told The Oxford Student: “In the light of concerns about the new Penal Code in Brunei, the University opened a review of the decision to award an honorary degree to His Majesty The Sultan of Brunei.

“As part of the review process, the University wrote to notify the Sultan on 26 April 2019, asking for his views by 7 June 2019. Through a letter dated 6 May 2019, the Sultan replied with his decision to return the degree.”

In April, Brunei implemented the strict Islamic legal system of sharia law which makes gay sex between men punishable with death by stoning and lesbian sex carrying a sentence of 40 whips of the cane or a 10-year jail sentence.

Following the introduction of the law, more than 118,000 people signed a petition calling for the university to revoke the sultan’s honorary degree.

Oxford MP Layla Moran said the university needed to “undertake a thorough review of their honorary degree system to ensure a scandal like this doesn’t happen again.”

A statement released by the university said it would “reconsider this decision through our established process in light of the information now available.”

“As an institution deeply committed to equality, diversity and individual rights we understand and share the concerns of our students and staff who have expressed abhorrence at recent developments in Brunei and would like to disassociate from them,” the university said.

In a letter to the United Nations, Yusof added that the law would aim to “educate, deter, rehabilitate and nurture.”