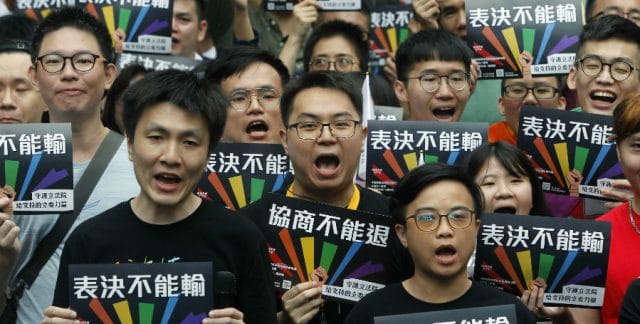 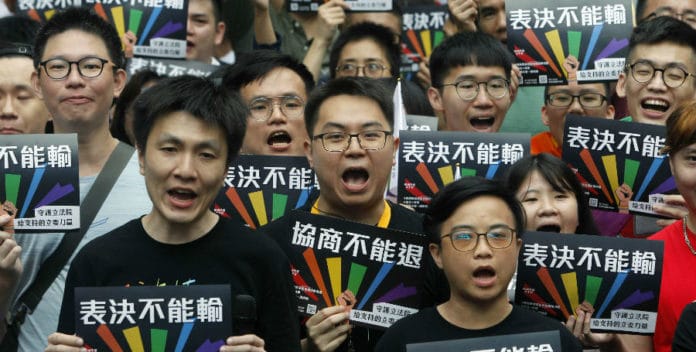 Following the vote on Friday, the Taiwanese government has made the decision to make gay marriage legal in the country, which makes it the first Asian country to legalize it.

Some of the country’s top lawyers debated in favor of legalizing gay marriage back in 2017, and they gave the government until May 24, 2019, to pass the changes. 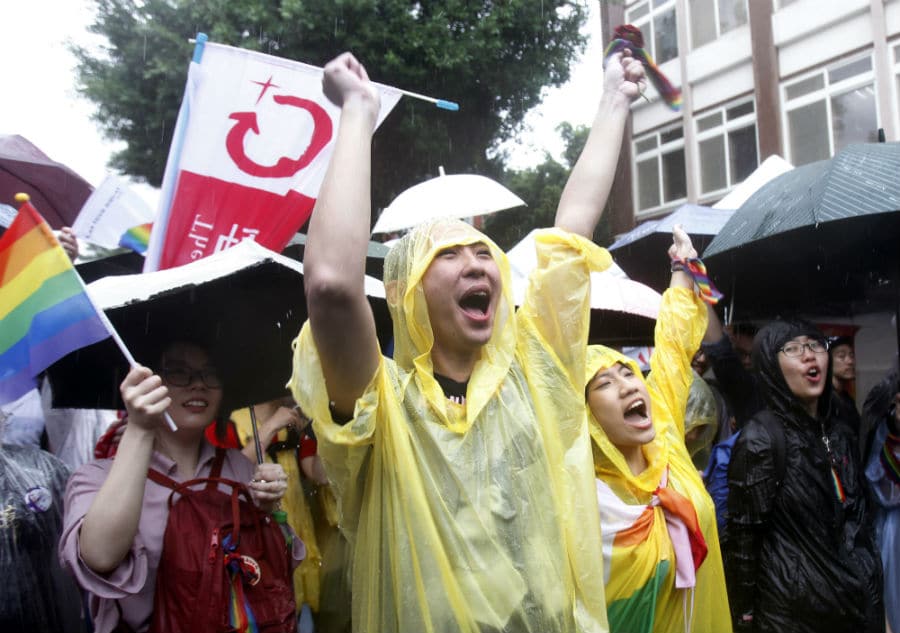 The government ultimately chose the more modern and liberal term “marriage”, and the bill also allowed gay and lesbian couples to be given limited adoption rights.

Gay rights activists stood outside the government building in the country’s capital to wait for the answer, and the Taiwan president tweeted out a comment in support of the ruling earlier that day.

He posted that the island had a “chance to make history” with the voting, and they have really done it! 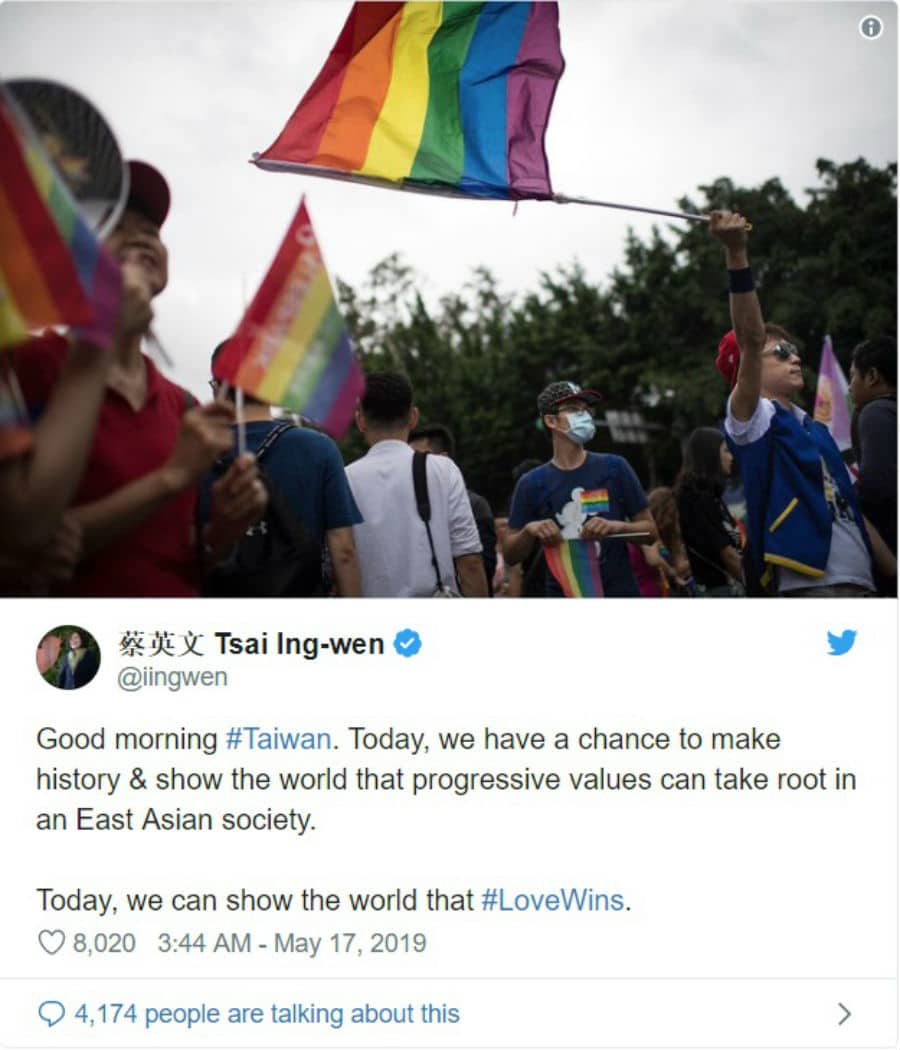 According to the activists, this was the only version of the bill they would accept, and they won’t accept any more compromise. 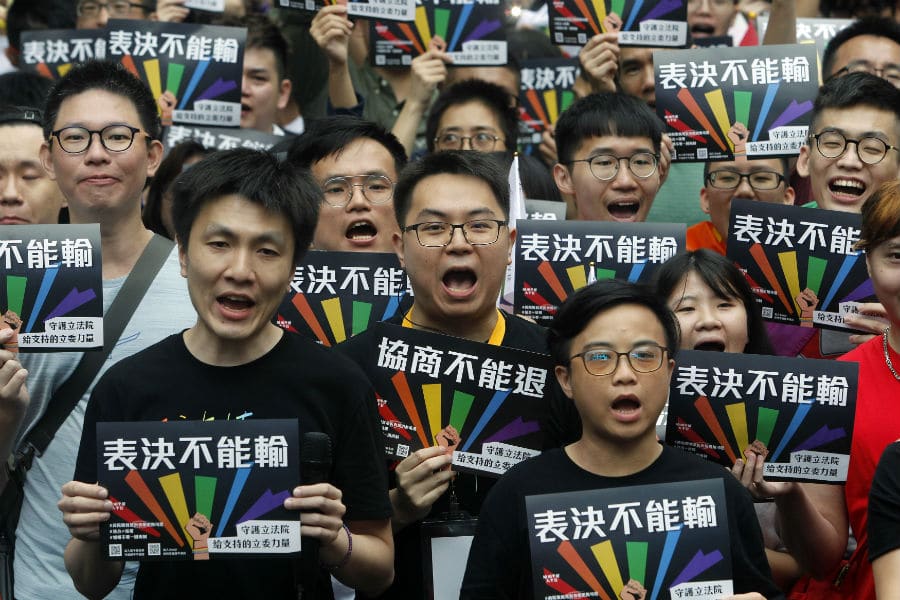