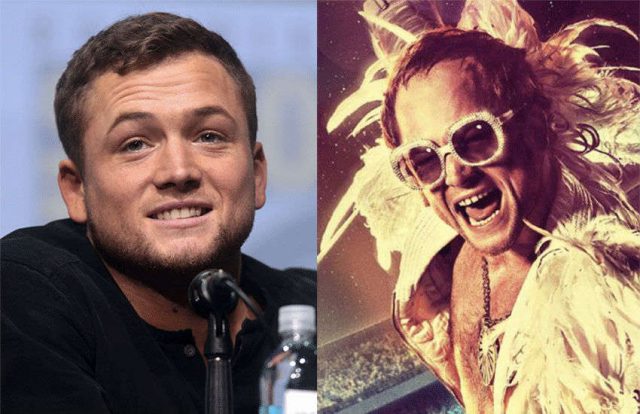 Taron Egerton took two gay friends from Wales to last night’s Rocketman premier in London, because gay men’s perspectives of the film are ‘important’ to him, he’s revealed.

We caught up with Taron in the English capital on Sunday, where he told us the guys were staying in his flat ahead of last night’s screening.

The cute story came about after we asked the Oscar-tipped star: ‘Have you been able to get the opinions of any LGBTI people and gay men to the film yet?’

To this Taron, replied ‘the people who have seen it have been, so far, to what they’ve said to me, has been incredibly positive.’

He furthermore continued: ’I’ve said this before – for myself and Dexter [Fletcher, the director], just because we aren’t gay ourselves doesn’t mean this isn’t an important issue to us.’

He then explained: ‘I have two friends who have come down from Wales who are staying in my flat right at this moment for the premier tomorrow, who are both gay. They’re staying in my spare room. They’re not together, but they’re both friends.’

‘They’re people in my life who I love,’ he furthermore said. ‘So, of course this is important to me, because it’s important to people I love.’