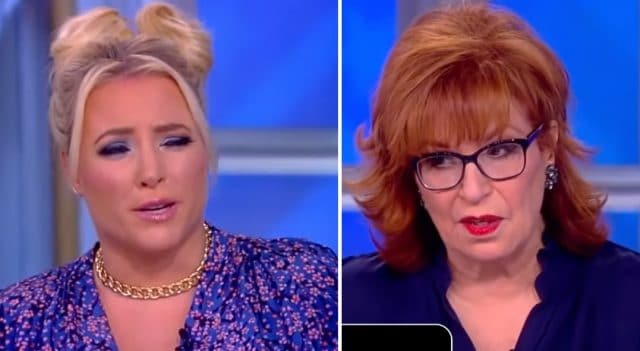 Sen. Amy Klobuchar stopped by “The View” on Friday to discuss her 2020 presidential campaign, but things got heated when the discussion turned to abortion bans recently passed in states like Alabama and Georgia.

When asked about the recent anti-abortion bills passed in Republican-controlled state legislatures across the U.S., Klobuchar said that she was “extremely concerned” about “what these guys are doing” in their attempt to dismantle Roe v. Wade. “They’re taking us backward.”

In addition to “taking away the woman’s right to choose,” Republican lawmakers are “also taking away contraception,” she added.

“Democrats look like they’ve gone to the extreme on this issue. I think it’s gone from the party of ‘Safe, Legal, and Rare’ to having a conversation about late-term abortion up until birth,” said conservative co-host Meghan McCain.

She then asked Klobuchar if she was “for late-term abortion,” to which the presidential candidate responded that she’s “for a woman having the right to make a choice about her own body.”

Before Klobuchar could answer, Behar interjected to correct her co-host.

“Can I just say something? Meghan, that is so rare. And it’s only when the child is going to be in trouble,” said Behar.

“That’s not what we’re talking about here,” Klobuchar said.

“This is a cultural conversation that’s happening everywhere, and you’re running for president,” McCain said.

“It’s based on a lie. It’s not true,” Behar corrected McCain.

“It’s not based on a lie!” McCain fired back.

“It is,” agreed Sunny Hostin. “I think that argument has been debunked, actually.”

Ana Navarro interjected, attempting to get the conversation back on track. Navarro noted that the discussion is “more nuanced” and “not black and white.”

“I think late-term abortion is pretty black and white,” fired back McCain. “You either believe in third term abortion or you do not.”

When the panel erupted into a shouting match, Behar interjected: “Please let her speak!”

“I think that they have taken this so far that any discussion about the nuances of things — that’s not where we are right now,” said Klobuchar. “These guys are setting this up, using women as political pawns to set this up for a case to go to the Supreme Court.”

An OB/GYN took to Twitter earlier this year to fact-check McCain with a detailed rebuttal after she falsely tweeted that the U.S. is “one of only seven nations in the world, along with North Korea and China, to allow abortion on demand after 20 weeks.”

“Hi @MeghanMcCain. I am an OB/GYN, abortion provider & researcher,” replied Dr. Grossman. “I’d like to clarify some facts: 65 countries allow abortion at this stage in cases of fetal malformations or anomalies. The US doesn’t have access to early abortion like many countries do.”