Home Gay Life The anti-Salvini mayor, a mystery €150,000 and the migrant rescue fleet that... 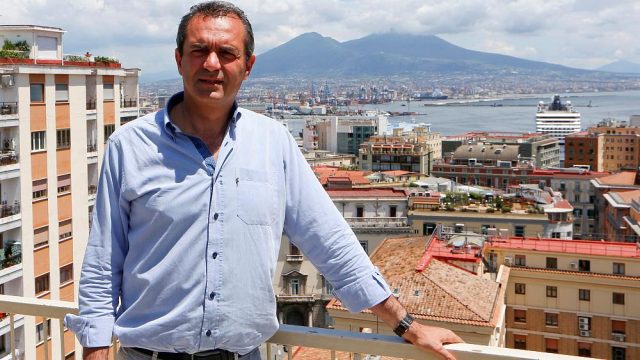 In January 2019, as Italian interior minister Matteo Salvini was refusing once more to allow a migrant rescue ship to dock on his country’s shores, one mayor declared it was time to take a stand and fight back for social justice.

Luigi de Maistris declared that he would set up his own rescue fleet, based in the city of Naples where he is mayor, to defy the government. A few weeks later he triumphantly announced that he had raised €150,000 from donations towards assembling 400 boats that could bring stranded migrants ashore.

“Naples,” he would say, “Is showing its human face against this gruesome inhumanity.”

Now, de Maistris has suddenly changed tack. There is, and will be, no fleet. As for the money, it will be spent on a one-off solidarity event including a concert and maritime parade in Naples’ harbour to raise awareness of the plight of migrants.

At issue is more than a broken promise. The source of the funding, together with de Maistris’ right to divert it to a new project, are the subject of questions which his administration is unwilling to answer.

Approached by Euronews, a spokesman for the city of Naples would only refer to a press release announcing the _Naples, a Sea of Peace _event. That press release says that the initiative will be covered by the €150,000 raised and will have “no costs for the municipality.”

As to where the money came from originally, there is silence. Euronews could find no evidence of online fundraising efforts and was unable to track down anyone who had been involved in providing or collecting donations.

How did such an ambitious project unravel so completely and so quickly? A couple of reasons which could have been known to Maistris when he made his original annoucements, stand out.

Secondly, the issue of cost. Even with €150,000, Naples would barely have been able to cover the purchase of one flagship vessel. Luca Casarin, an Italian activist who will take part in the Sea of Peace event, said that his own organisation had purchased a second-hand tug boat for rescue operations in the Mediterranean for exactly the same sum.

Meanwhile, some Naples residents are wondering why, if their mayor can so easily come up with more than a hundred thousand euros for a publicity event, he is unable to address some more local issues.

“Mr Mayor, I would ask you to take a walk in Via Maddalena, Piazza Garibaldi, Piazza Principe Umberto. It’s run down, disgusting. There is garbage all over the place, broken bottles, we do not know where to walk,” one Facebook user responded to the mayor’s post about his concert.