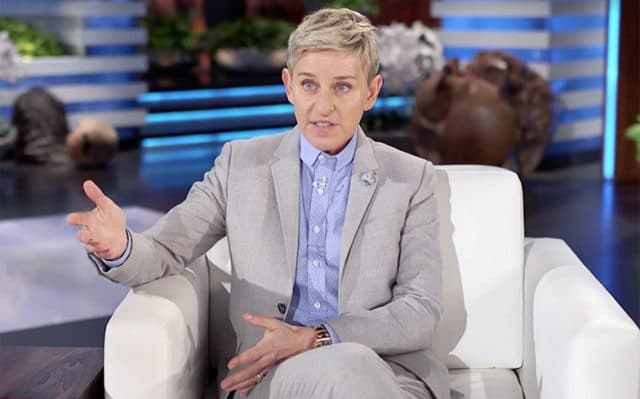 Ellen DeGeneres has renewed her talk show for three more seasons, meaning it will be on air until at least 2022.

The Emmy Award winning comedian announced the news on her Instagram page on Tuesday (21 May), telling fans: “Doing this show has been the ride of my life. Sometimes in a relationship, you need to take a break.

“But I don’t. You’re stuck with me. Because I just signed for three more years.”

Last year, Ellen worried fans when she said she was “close to declining” her contract with NBC. Her wife Portia de Rossi was one of her reasons for considering quitting.

“I just think she’s such a brilliant actress and standup that it doesn’t have to be this talk show for her creativity,” Portia told The New York Times. “There are other things she could tackle… I don’t see the end of her show as her career ending.”

However, earlier this month, Ellen told Deadline that she isn’t ready to give up her show just yet, adding that while she is “torn” over how long to keep going with it, her brother convinced her that the show is needed in the era of Tr*mp.

“He just feels like this is a really important time to be on television too, to put out kindness and a voice that you don’t get to hear and see a lot,” she said. “I love doing the show and I also love doing other things.”

After starring in her own Netflix stand-up special, Relatable, the comedian says she’s looking to try more new and exciting things, including documentaries – which she “loves” – and a movie adaptation of a “very successful” book.

“I made the deal with Netflix before I knew what I was going to talk about. I kind of did that in the same way I agreed to host the Oscars,” she said. “I wanted to do something that scared me again.”

Related: Ellen DeGeneres has been named as one of America’s most “admired” people.