Home Gay Life The Perfect Storm: Man Proposed To His Boyfriend While Tornado Was Approaching 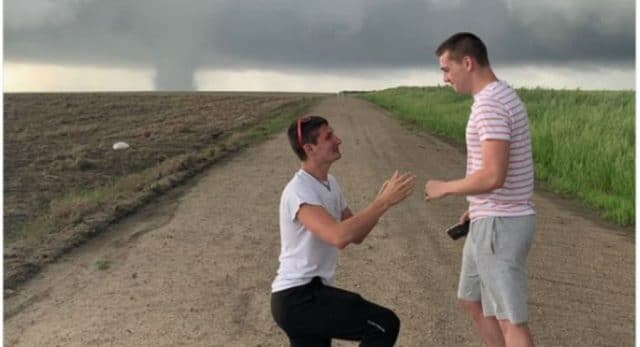 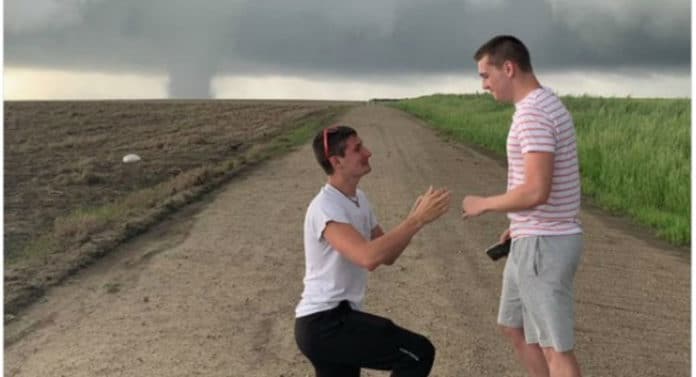 Joey Krastel is a meteorologist, risk analyst for Maryland State Management Agency, and a storm chaser.

NBC News reports that he saw his first tornado when he was just 4 years old, and he has been in love in storms and weather ever since.

His Instagram and Twitter account document storms and updates on it daily, and Krastel has never shield away from going right into the storms to document them throughout his career. 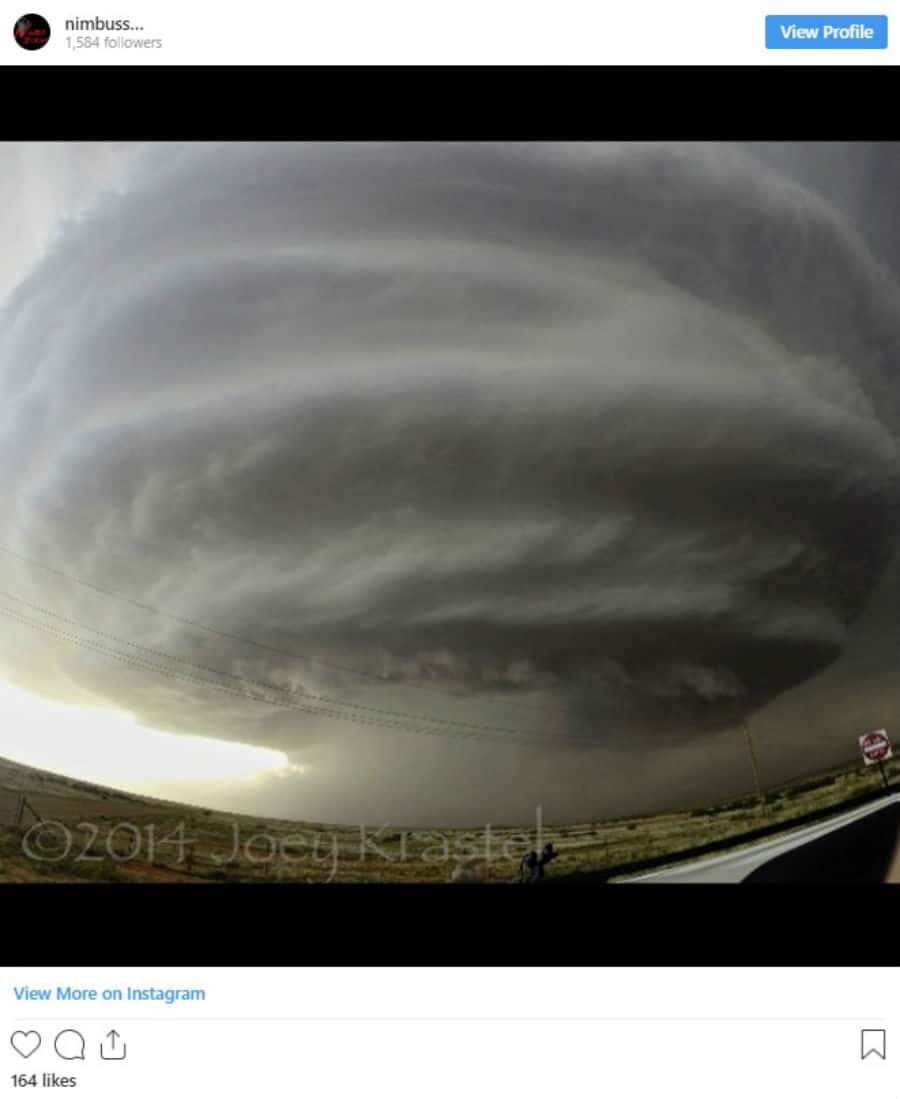 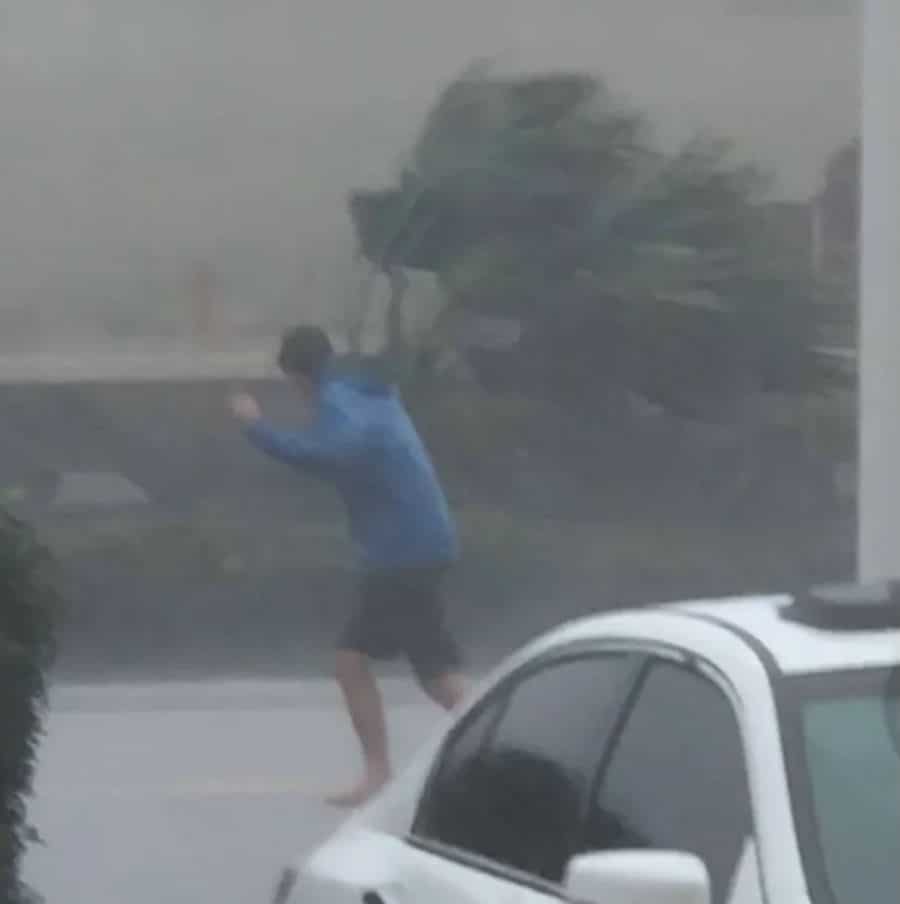 Kansas and other parts of the Midwest have been affected by a wave of extreme weather and tornadoes, and Krastel was in the area on Tuesday chasing storms along with his boyfriend Chris Scott and a few friends.

Just as the tornado was approaching in the background, Krastel got on one knee and proposed.
Their friends managed to get a photo of the perfect moment, and the caption reads “The 2 loves of my life”.

Thousands of people throughout the world have since shared the photo, and it has gone viral: 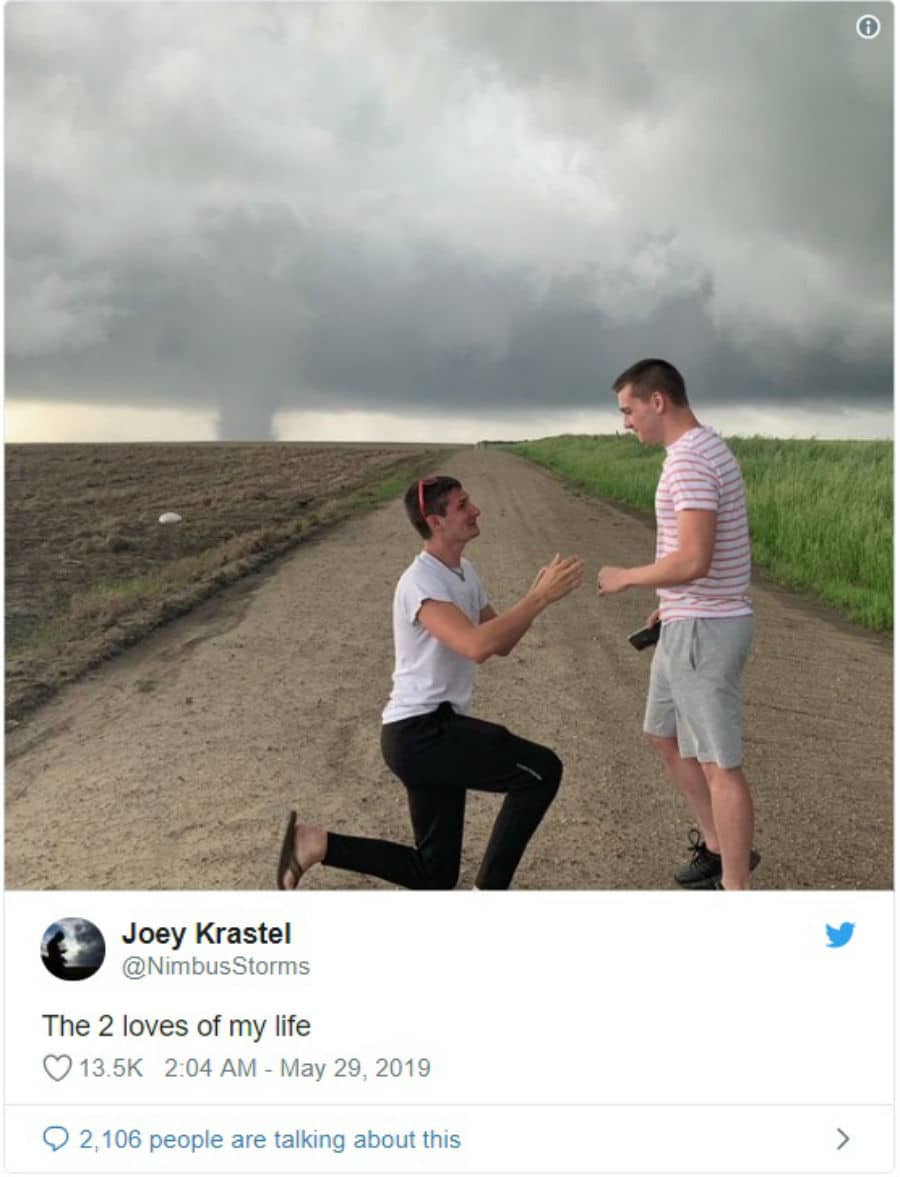 Krastel has since told NBC News that the moment was perfect, and he always dreamt of getting engaged during storm chasing.

Immediately after the proposal, the two had to rush to the car, because the tornado was moving closer.

Well, it looks like the perfect storm led to a true one-of-a-kind proposal. Congratulations to the newly engaged couple!