A lot of bisexual people who are still largely considered as the unicorns of the community, got tired to prove their sexuality and stuggle to be accepted in LGBTQ society.

This case has happened to YouTube vlogger Connor Manning during his visit to the therapist’s office. He decided to show video to share with his viewers all rage that he experienced during this visit.

“I spent thirty minutes of a therapy session, that I’m paying for, convincing someone that I am bisexual enough to be ‘bisexual,’” he says.

Being a bit annoyed by his therapist’s questions, Connor says that the problem is much bigger. A lot of less-secure bisexual people face such probing questions not just from healthcare practitioners, but from all corners of life from day to day.

So what is the moral of this story? Just do you. Don’t waste your time proving others who you are. Just be yourself and enjoy your own life as you want it to be!

Watch below what Connor tells about his case: 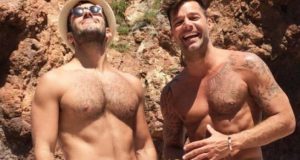 Nick Gayer
0
The singer revealed the happy news on The Ellen Show on November, 16. Ricky Martin has announced that he and partner Jwan Yosef are engaged. In... 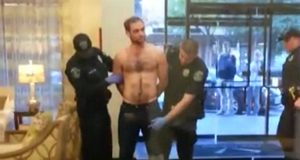 This police officer got a big surprise when he frisked a...

Nick Gayer
0
Is it a weapon or is he just pleased to see him?)) This policeman has arrested a guy and has found out he is concealing...