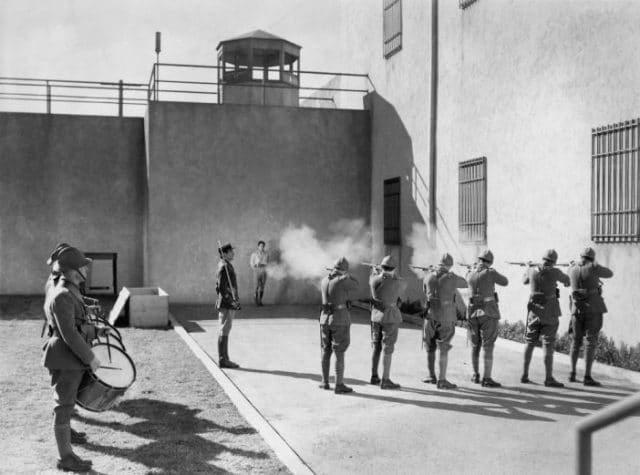 The federal government will resume executing prisoners, Attorney General William Barr announced today. It has been over two decades since a federal prisoner was killed in America.

President Donald Trump, a longtime supporter of the death penalty, infamously called for a group of NYC teenagers to be executed for a crime they did not commit. With the Trump administration’s atrocious record on civil rights for immigrants, people of color, and LGBTQ people, the message is a chilling one.

The State Department announced the Barr has instructed the acting FBI director to start scheduling the execution of five individuals convicted of murder. The prisoners will be killed using lethal injection.

“The Justice Department upholds the rule of law — and we owe it to the victims and their families to carry forward the sentence imposed by our justice system,” Barr said in the announcement.

Trump has cozied up with notorious civil rights abusers like North Korean dictator Kim Jong-un, Saudi Arabian Crown Prince Mohammed bin-Salman, and Russian president Vladimir Putin throughout his time in office. All three men have used capital punishment in their own countries to silence political dissidents and minority groups.

DOJ says the federal government will implement a new lethal-injection protocol to restart executions. Last federal execution was in 2003. pic.twitter.com/ov6iDPIrNX