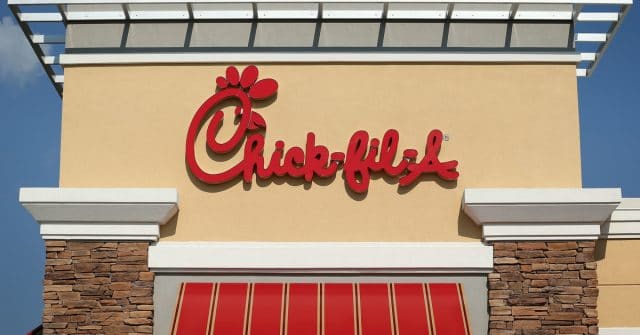 The Trump administration has launched an official probe into the decision to bar Chick-fil-A, a restaurant chain that funds anti-LGBT groups, from opening at two airports.

In March, officials in San Antonio, Texas and Buffalo, New York both rejected the fast food chicken chain’s request to open airport restaurants, due to a long-running boycott by LGBT+ campaigners.

The owners of Chick-fil-A have donated millions of dollars to anti-LGBT causes, and continue to provide funding to groups who oppose LGBT+ rights.

However, the decisions to deny the applications are now facing a federal investigation from the Federal Aviation Administration.

The Trump administration agency said it would investigate the reports as “discrimination” against Chick-fil-A based on the “religious beliefs” of the owners.

A statement said: “The Department of Transportation has received complaints alleging discrimination by two airport operators against a private company due to the expression of the owner’s religious beliefs.

“The FAA notes that federal requirements prohibit airport operators from excluding persons on the basis of religious creed from participating in airport activities that receive or benefit from FAA grant funding.

San Antonio city attorney Andy Segovia told the San Antonio Express-News: “We received a letter from the FAA advising us they were opening an investigation into the airport concessions contract.

“We will need time to review the letter and determine our course of action.”

According to Buffalo News, the decision to block the store in Buffalo was taken by airport concession operator Delaware North. The company is yet to respond to the probe.

Chick-fil-A has previously donate to ‘gay cure’ group Exodus International and fundamentalist anti-LGBT pressure groups including the Family Research Council and Focus on the Family.

The chain continues to donate to anti-LGBT causes despite statements denying taking a “political” stance.

A spokesperson for the company said: “Chick-fil-A is not involved in this investigation. Recent coverage about our company continues to drive an inaccurate narrative about who we are.

“We are a restaurant company focused on food and hospitality for all, and we have no social or political stance.

“We are grateful for all our customers and are glad to serve them at any time. We welcome and embrace all people, regardless of religion, race, gender, ethnicity, sexual orientation or gender identity.”