NEW YORK (Reuters) – U.S. Representative Alexandria Ocasio-Cortez said on Saturday that President Donald Trump relished a chant by the crowd at a campaign rally this week that called for a Democratic congresswoman to be sent back where she came from.

A day after saying his audience in North Carolina went too far when they chanted “Send her back!” about Somalia-born Representative Ilhan Omar of Minnesota, on Friday he defended the crowd members as “incredible patriots.”

Appearing before her constituents in New York City for the first time since the latest flare-up between Trump and the four Democratic congresswomen, Ocasio-Cortez rejected the president’s statement that he had tried to quiet the crowd, saying he had egged them on instead.

“Roll back the tape … He relished it. He took it in and he’s doing this intentionally,” the freshman U.S. lawmaker told about 200 constituents gathered for a town hall meeting on immigration at a school in the Corona section of Queens.

Video of the crowd in North Carolina shouting “Send her back!” shows Trump pausing his speech and looking around the arena for about ten seconds.

The president’s attacks on the four congresswomen – known on Capitol Hill as “the squad” – have been condemned by Democrats as racist, while many Republicans have shrugged them off.

Last weekend Trump ignited a firestorm by tweeting the four should “go back” to where they came from if they do not like the United States.

All four are American citizens. Ocasio-Cortez of New York, Ayanna Pressley of Massachusetts and Rashida Tlaib of Michigan were born in the United States while Omar came as a refugee from Somalia and is a naturalized citizen. 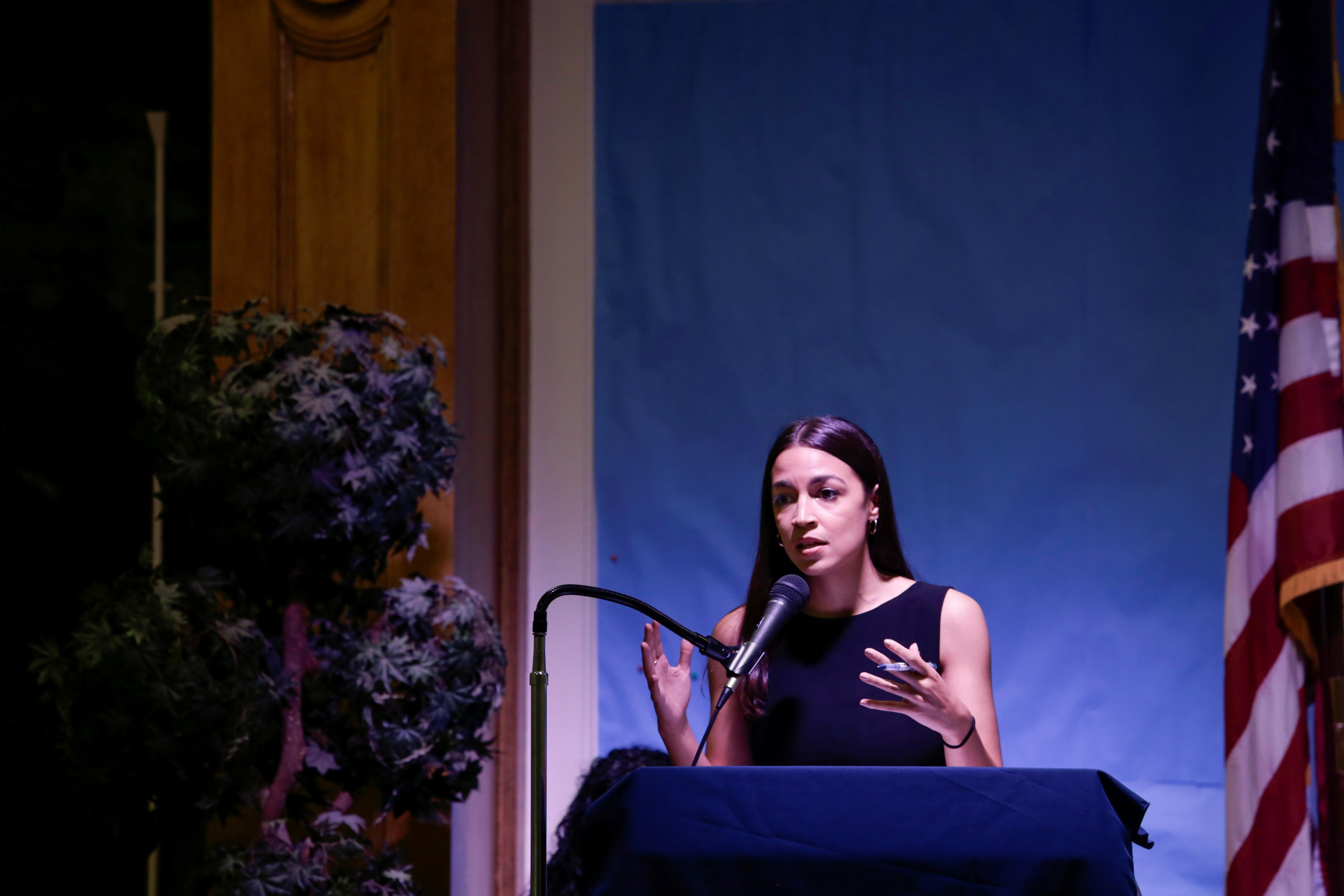 All four are known as sharp critics of Trump’s policies as well as the Democratic leadership in the U.S. House of Representatives.

Ocasio-Cortez said the president’s comments had been hurtful, but “men like him” have been telling women like her to go back to their own country for a long time.