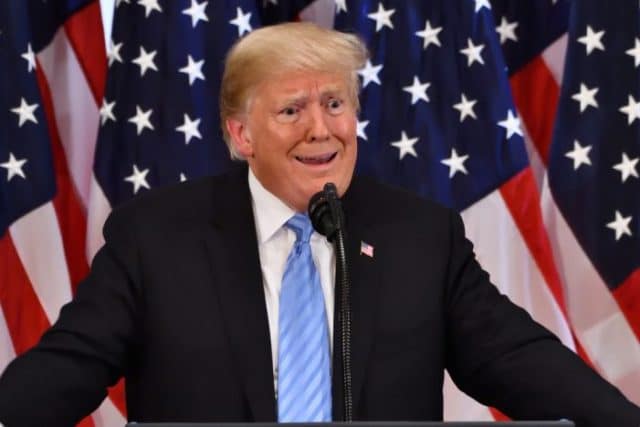 You may not realize this, but China is the world’s largest manufacturer of Christian Bibles. That means that most U.S. bookstores purchase items made by Chinese manufacturers before selling them to consumers.

President Donald Trump, a darling of evangelical Christian voters, has been threatening a trade war with China since his 2016 presidential campaign and recently announced tariffs of 25 percent or “much higher” on Chinese goods. Among the goods that’d be affected are printed materials and thus, you guessed it, Bibles.

This might not matter to you if you’re atheist or non-Christian, but it certainly matters to Christian bookstores, churches, and Christians around the country

In a public comment on the proposed tariffs, HarperCollins Christian Publishing, the world’s largest Christian  publisher which employs nearly 2,000 people in the U.S., wrote:

The imposition of tariffs poses a threat to Christian book and Bible publishers, including HarperCollins Christian Publishing which accounts for 38-percent of the U.S. Bible market.

Due to the unique paper, printing, and binding needs of Bible production there are simply no U.S. vendors that could produce any significant portion of the volume to meet the demands of the U.S. market…

[This] could result in a Bible shortage … [that] would cause economic harm throughout the Christian Bookseller market. Additionally, ministries, churches, non-profits and other religious organizations, which are major customers to HarperCollins Christian Publishing, would no longer be able to afford Bibles and educational materials that they need for their primary outreach efforts.

This is particularly ironic for two reasons: First off, 81 percent of evangelical Christian voted for Trump in 2016, and now he poses the single greatest threat to their central religious text.

Secondly, it’s especially astonishing that China produces so many Bibles considering that only 2.53 percent of its population identifies as Christian.

Like most of Trump’s threats, he’ll likely back off. But if he does follow through, it’ll be interesting to see whether he or his religious supporters try to subsidize Bibles to try and save face.