Home Gay Life US to pull out of nuclear missile treaty with Russia on... 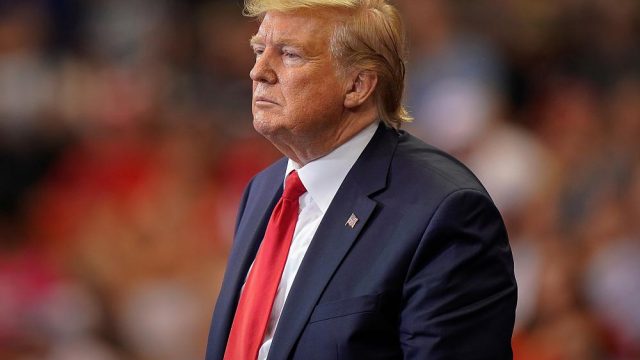 The US is expected to formally withdraw from a nuclear missile treaty with Russia on Friday, sparking fears of a new arms race.

Moscow and Washington signed the Intermediate-Range Nuclear Forces (INF) Treaty in 1987 but have in recent years increasingly accused each other of violating its terms — the agreement prohibits both countries from owning missiles with ranges between 500 and 5,500 kms.

US President Donald Trump warned in February that the country would pull out on August 2 unless Moscow came back into compliance. The US said it had evidence that a new Russian missile — known in Moscow as 9M729 but as SSC-8 by NATO allies — has a range of over 500kms, which Russia denies.

“They are dual-capable, they can carry nuclear weapons, they can reach European cities within minutes, they are mobile, hard to detect and they also reduce the threshold of any potential use of nuclear weapons in armed conflict,” NATO chief Jens Stoltenberg told reporters on Wednesday about the Russian missiles.

READ MORE: Nuclear missile treaty: why is the US threatening to bin its pact with Russia? | Euronews explains

‘We will not mirror Russia’

Fears are that the treaty’s collapse will spark a new arms race in Europe and Asia.

UN Secretary-General Antonio Guterres told reporters on Thursday that “the world will lose an invaluable brake on nuclear war” and that it “will likely heighten, not reduce, the threat by ballistic missiles.”

Stoltenberg warned that NATO countries “will respond”, adding that it will be done in “a defensive, coordinated and measured way.”

“We will not mirror what Russia is doing. We don’t intend to deploy new nuclear land-based systems in Europe. But, of course, we have to make sure that also after the demise of the INF Treaty with more Russian missiles in Europe, we need to make sure that we continue to have credible deterrence and defence and we will do what is necessary to maintain credible deterrence and defence,” he added.

German Foreign Minister Heiko Maas said on Thursday that “Europe is losing part of its security” but sought to alleviate fears on Friday, telling German radio that the end of the treaty did not imply a renewed global armament race and that Europe would not take part in such a process.

He also called on China and India to be included in a new international treaty.

“The Chinese government is extraordinarily reticent and therefore we have to continue putting the issue on the agenda,” he said.

READ MORE: US walks back threat to ‘take out’ Russian missiles