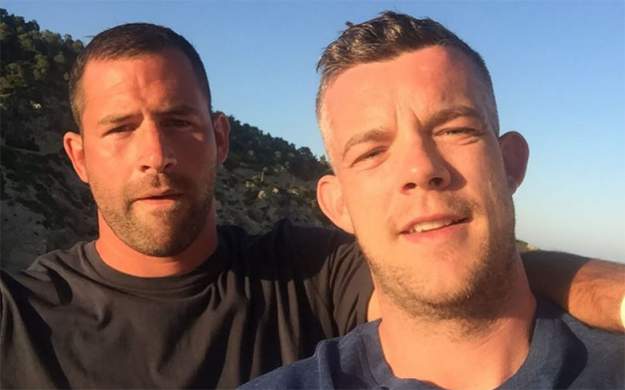 Looking actor Russell Tovey sent the gay world into a massive panic earlier this week, when he announced that he got engaged to his dreamy fiancee Steve Brockman.

He told the news to Digital Spy, saying “Completely unexpected, but very very happy and looking forward to having a proper party to celebrate when back in London.”

Nothing wrong with it at all, matter of fact, good for Russell if these really are photos of him! To see the NSFW pics and compare side by side, click here.