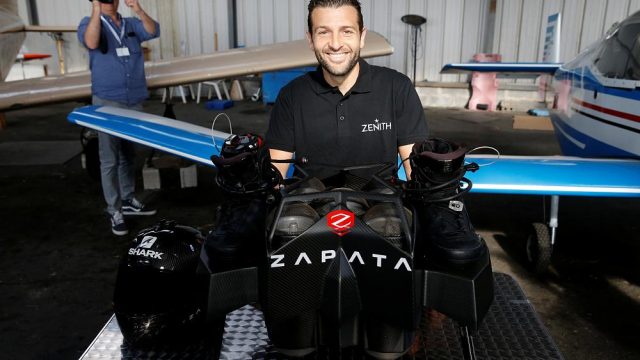 French inventor Franky Zapata will attempt to cross the English Channel on his jet-powered flyboard on Thursday.

Zapata became known as the ‘flying soldier’ when he showed off his invention before the world’s media at France’s Bastille Day military parade on July 14.

He will set off from Sangatte on the north French coast on Thursday to fly to St Margaret’s Bay near Dover.

The flight is expected to take just 20 minutes.

The feat is set to coincide with the 110th anniversary of the first-ever flight across the English Channel in an aeroplane, achieved by Louis Bleriot.