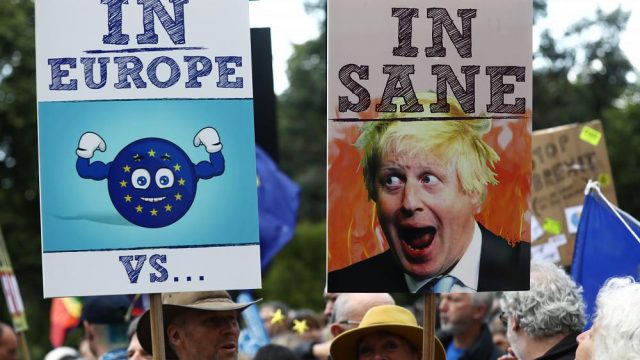 Pro-EU protesters are taking to the streets of London to rally against the expected appointment of former foreign secretary Boris Johnson as the UK’s next prime minister.

You can watch live footage in the video player, above.

Johnson is the favourite to win the race to be next Conservative Party leader — and PM — after incumbent Theresa May announced she was quitting.

He has vowed to conclude Brexit by October 31, even if that is without a deal being agreed with Brussels.