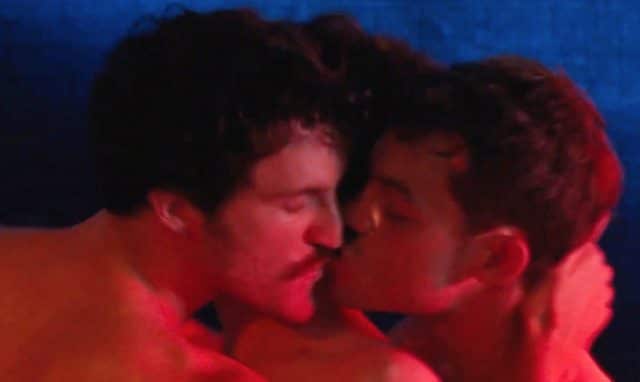 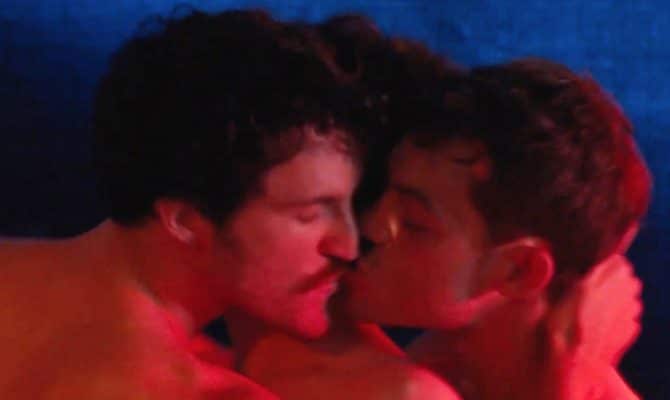 Just ahead of its UK release, GSN has shared a steamy clip from the LGBTQ horror film Kinfe+Heart.

The film is also already available to rent via Amazon Prime.

According to the movie’s description, here’s what you’re in for:

In one scene early on in the film, a trio of male actors dance and kiss for the cameras.

We’ll have to assume the masked madman hasn’t yet shown his concealed face:

Félix Maritaud is part of the cast, known for his breakout role in the critically-acclaimed Frech sex-work film Sauvage in 2018.